5 Times That GM Could Have Saved Lives But Didn't, According to GM

General Motors CEO Mary Barra hasn’t spared a “mea culpa” in her handling of the automaker’s faulty ignition switch crisis. In a strategy as moral as it is shrewd, Barra has taken personal responsibility for fixing deep problems at GM, and that includes accepting the results of a damning report published Thursday by GM-hired attorney Anton Valukas.

The investigation places blame for more than a dozen deaths squarely on the automaker’s employees, accusing engineers of a “history of failures,” and shirking responsibility in fixing the engineering issues. GM’s Valukas traced the history of the company’s faulty ignition switch, which was in the Chevrolet Cobalt, Saturn Ion, and other models. When slightly grazed, the switch powered the car off and disabled the airbags. Ultimately, the report concludes, it was GM’s negligence in fixing the switch that led to the deaths of more than a dozen people.

There’s nothing groundbreaking in that conclusion. And the report doesn’t implicate Barra or the company’s top brass. But the GM investigation does highlight in unprecedented detail the failures of specific employees to address the switch issue.

Here are five instances in which GM could have saved lives, but didn’t.

1. Ray DeGiorgio, the GM engineer in charge of the prototype ignition switch knew by early 2002 that the part didn’t meet specifications. Delphi, the company testing the switch, told DeGiorgio repeated tests had failed, marking each test result in a January report with “Not OK.”

2. Reviews in the middle of 2005 of GM’s Cobalt, which contained the below-spec ignition switch, were not good. For months, GM employees had exchanged emails noting that a slight graze of the key fob would move the key out of run, shutting off the vehicle. Media reports were vitriolic. “I never encountered anything like this in 37 years of driving and I hope I never do again,” said a reviewer for the Sunbury Daily Item said of his Cobalt’s repeated engine shutdowns, and the New York Times noted Chevrolet dealers were telling Cobalt owners to remove items from heavy key rings. “This is a safety/recall issue if ever there was one,” a customer wrote GM.

Yet despite the obvious dangers of ones car shutting off mid-drive, GM continued to classify the faulty ignition switch as a convenience issue—not a safety one. A team of GM engineers met in September 2005 to consider whether to replace the switch. The answer was a fatal “no.”

3. GM lawyers reviewed a case in 2006 in which a woman died after her Cobalt struck several trees and her airbag did not deploy. Field reports noted that the ignition was oddly in the accessory power mode, but a GM engineer, Kathy Anderson argued that the airbag was not expected to deploy anyway. The case was settled, effectively quelling a deeper investigation into the death, and the possibility of discovering the real source of the problem.

4. A 2007 report by Wisconsin State Trooper Keith Young said that the ignition switch jostling may have caused a fatal crash. “The two front seat airbags did not deploy,” said Young. “It appears the ignition switch had somehow been turned from the run position to accessory prior to the collision with the trees.” GM received the report, but according to the Valukas investigation, no GM engineer read it for seven years.

5. DeGiorgio quietly fixed the ignition switch problem in 2006, but didn’t tell anyone at GM. Nor did he switch the part number in GM records. That meant that all future cars would be safe, but it would be nearly impossible to trace the cause of crashes on old models to the ignition switch—preventing a recall that would have saved lives.

More than specific instances, however, it was a lack of initiative among GM employees to take responsibility that caused more than a dozen deaths, the Valukas investigation makes clear. But the story is far from over: the Justice Department, the Securities and Exchange Commission and a group of state attorneys general, and GM is figuring out to compensate its victims of the crash. 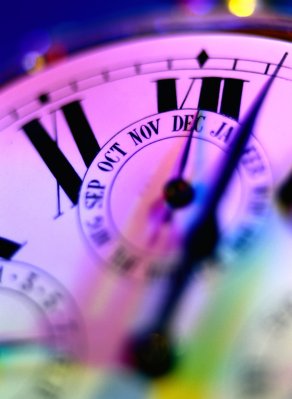 This Website Will Show You Just How Old You Really Are
Next Up: Editor's Pick