A customer at the Cox Solutions Store in Lake Forest, CA looks over some equipment in the bundled services department.
Bloomberg—Bloomberg via Getty Images
By Dan Kedmey

Ars Technica reports that the top U.S. cable providers, comprising 94% of the market, have recorded their first industry-wide loss of pay-TV subscribers.

According to a study by Leichtman Research Group, the cable titans suffered a net loss of 105,000 customers. It amounts to just a fraction of a percent of the total customer base, but is a watershed moment, reflecting competition from the likes of Netflix, the popularity of streaming onto such devices as iPads, and underscoring fears for the industry’s long term future in the face of Internet-based television.

Market share is also declining. Principla analyst Bruce Leichtman said cable providers now had “a 52% share of the top multi-channel video subscribers in the U.S., compared to a 58% share three years ago.” 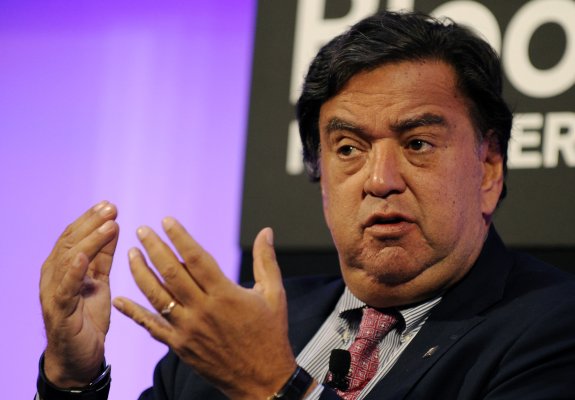 Bill Richardson: Our Best Response to Russia Is Energy Security
Next Up: Editor's Pick