For just a few warm sparkling hours on Friday, the fractious tensions over Ukraine between the U.S., Europe and Russia, were swept aside as 17 leaders—including Presidents Barack Obama and Vladimir Putin—converged on Normandy’s coast to mark the 70th anniversary of the D-Day invasion, which would help crush the Nazi occupation of Europe and end World War II. With the fraught politics between Western leaders and Russia left unspoken, it was a day to remember an era when all these countries shared a common enemy: Nazi Germany.

Friday’s ceremonies capped a week of intense emotion on these beaches, where U.S., British, Canadian and other troops stormed into Europe under heavy bombardment on June 6, 1944, and then fought their way, village by village, through Normandy for three months, crushing or driving out German soldiers. About 100,000 soldiers on both sides died in Normandy, many of them just teenagers who landed on the beaches with no combat experience. Of those who died, 9,387 Americans are buried in the U.S. war cemetery in this small Norman village, on the cliffside overlooking Omaha Beach, where U.S. forces clambered ashore on D-Day in one of the bloodiest battles of the war.

At a wreath-laying ceremony Friday with French President François Hollande, President Obama delivered a heartfelt speech to about 12,000 people. The speech, which was both intimate and poetic, said that D-Day was a display of the U.S. commitment to freedom, since young Americans were willing to die “to liberate people they had never met.”

Although there was no talk of the current-day conflict over Russia’s annexation of Crimea from Ukraine, Obama appeared to make a veiled reference to those tensions, saying that Americans had helped rebuilt Europe after World War II, and then went home, and “claimed no land” in Europe. Yet the presence of Putin at the D-Day celebrations ensured that the issue of Ukraine was not entirely forgotten. Asked on French television Friday about why world leaders had included the Russian president, Hollande said testily, “How can you not invite the president of a people who left nine million dead in the battle against Nazism,” and said the D-Day landings were only possible since the Red Army held the Eastern front.

For the dwindling numbers of U.S. veterans—now in their late eighties and early nineties—this has been an intensely emotional week in which thousands of Normans, as well as people from across Europe and the U.S., have visited villages hard hit during the war. Hundreds of veterans made the grueling trip, many at the French government’s expense, in what will be the world’s last glimpse of them in any significant number. About 200 of them sat on stage with Obama and Hollande Friday, and were given two long standing ovations by the crowd, once when Obama said to the veterans, “Gentlemen, we are truly humbled by your presence here today.”

Indeed, in a far more cynical world, the U.S. veterans who have hobbled on canes or been pushed in wheelchairs around the villages of Normandy this week have been mobbed by young Europeans and Americans, who have traveled to France for the D-Day celebrations. Many simply stare at them, press them for stories about the D-Day battles, and even ask them for autographs.

On Utah Beach, where the 4th U.S. Infantry Division stormed ashore on D-Day, several veterans answered questions from shy French schoolchildren Thursday evening. “This is the first time I’ve been back in 70 years, and we must have done a good job, because France has been free for 70 years,” said Charles Wilson, 88, from Carlisle, Kentucky, who said he’d ridden his tank into Paris on his 19th birthday, the day allied troops drove the Nazis out of the city. Recalling the moment he staggered ashore on Utah Beach at 18, Wilson said, “I was scared to death. None of us had had any combat experience.”

Some veterans admitted after Obama’s speech on Friday that the trip had been both physically and emotionally draining. “I would not have missed this for the world,” said Leo Cohen, 94, from Queens, N.Y. He arrived in France on Tuesday for his first trip back to Normandy since 1944. Cohen said he had landed on Utah Beach about 20 miles East of here, nine days into the D-Day invasion, to offload supplies for the U.S. Army, and recalled hiding in an apple orchard while U.S. bombers flew ahead. Despite the emotional experience of his return to Normandy, Cohen admitted that the trip had been “an ordeal.”

With hundreds of veterans in Normandy this week, the contrasts to today’s U.S. military—what Obama called in his speech on Friday “the 9/11 generation of service members”—are clear to the U.S. military’s top ranks gathered here. “We were all in as a nation, as nations,” Lt. Gen. Donald Campbell, commander of the U.S. Army in Europe, told TIME on Thursday, recalling the final months of World War II. “We mobilized the economy, we mobilized the nations,” he said. “The contrast to today’s Iraq and Afghanistan veterans in the U.S. is that less than one percent serve.”

That sense—that a more idealistic era is fading from view forever—has been stark in Normandy this week, and could explain the fascination people have had when meeting those who lived through the climactic fight against Nazi occupation. Gazing across the packed cemetery from the podium, Obama said, “Whenever the world makes you cynical, stop and think of these men.” 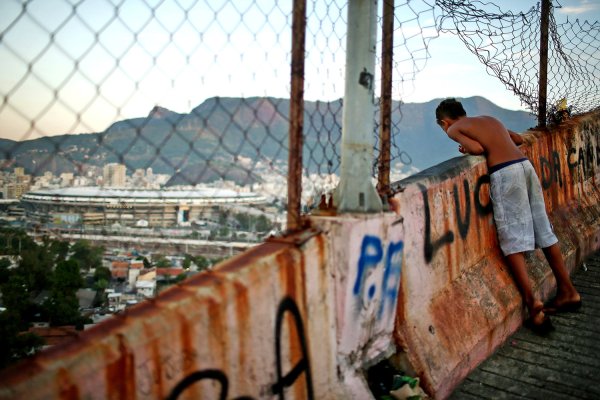