Fake Nicolas Cage Movies Were Shopped Around at Cannes

Nicolas Cage is a guest on "Good Morning America," 4/11/14, airing on the ABC Television Network.
Fred Lee--ABC via Getty Images
By Megan Gibson

Nicolas Cage gets around, but maybe not as much as you might think. The Hollywood Reporter reveals that at this year’s Cannes film market, the actor was being touted by sales agents as the star in six upcoming films. Problem is, his people say he’s only actually involved with three of the films.

Though he’s appeared in some duds over the years, apparently Cage is still a star abroad — foreign distributors are attracted to him, as his name is often used to sell a film. This year, sales agents used his name in order to presell the upcoming films The Trust, Pay the Ghost and The Runner — all movies he’s actually signed onto. Yet the films 5 Minutes to Live, Red Squad and Dark Highway were also touted as Cage projects, even though the actor wasn’t actually involved.

Yet the CEO for Hannibal Classics — the distribution company that’s overseeing 5 Minutes to Live and Red Squad — said that the sales pitch wasn’t intentionally misleading. Richard Rionda Del Castro told THR that Cage had been in talks to appear in Red Squad, but “for whatever reason, Nic walked away just before Cannes.” By that time, Del Castro said, it was too late to change the film’s promotional materials.

Either way, Cage — and his people — are not flattered by his popularity. “It floods the market with product that’s not necessarily 100 percent real,” Mike Nilon, Cage’s manager, complained to The Hollywood Reporter. “If there are six or seven projects being talked about by any actor, then it dilutes the purchase price. If I came to you and said, ‘Would you like a steak dinner?’, you’d probably say yes. If I offered you eight, you’d probably say no.” 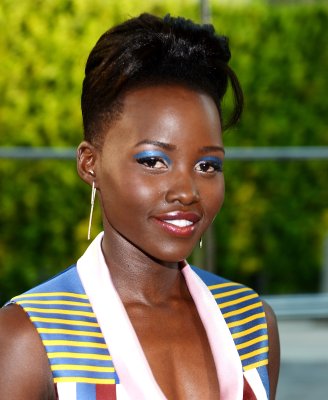 Lupita Nyong'o to Star in Americanah Movie Adaptation
Next Up: Editor's Pick