Watch the Teaser for Sharknado 2

Watch out for that flying fish! Syfy has released the first teaser trailer for the sequel to Sharknado…and this time New York City, not Los Angeles, is under attack.

The movie, matter-of-factly entitled Sharknado 2: The Second One, has quite the all-star cast… of celebrities who would qualify for a “90s stars: where are they now” VH1 special. There’s 90210′s Ian Ziering, Vivica A. Fox, Tara Reid, Billy Ray Cyrus and, obviously, high-velocity, man-eating sharks. Judging from the trailer (highlight: chainsaw!), it looks like this movie will live up to the original’s campiness and absurdity. The TV movie is set to premiere on July 30, so better start your marathon live-tweet training now. 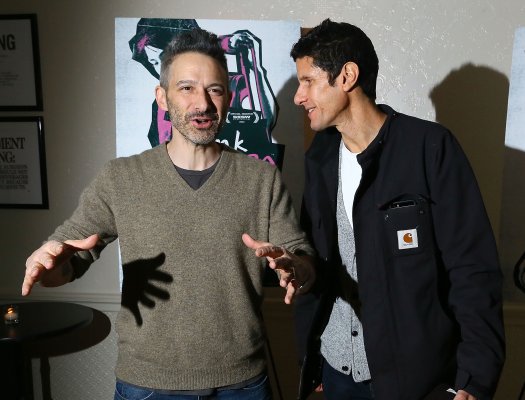