11 Things You Didn’t Know About Miscarriage

Earlier this week, reality TV stars Giuliana and Bill Rancic revealed that the surrogate who was nine weeks pregnant with their second child had a miscarriage.

Giuliana told PEOPLE that she had had a miscarriage herself in 2010 before turning to a surrogate, Delphine. Now, that sense of loss was amplified.

“It was just heartbreaking,” Giuliana said, “I just started sobbing uncontrollably. But I had to get myself together for her. She’s really strong and amazing.”

Still, she and Bill are looking forward to the day when their 21-month-old son can have a sibling.

“Because miscarriage so common, you need to be aware that it could happen to you,” says Teresa Berg, M.D., director of Maternal-Fetal Medicine at the University of Nebraska Medical Center in Omaha. “And just because you’ve had one doesn’t mean you’re not going to have another.”

Here’s what you need to know to minimize your risk and, if needed, move forward.

The figure often cited is that about 15% of pregnancies end in miscarriage, which is also called “early pregnancy loss” and “spontaneous abortion.” But with the extra-sensitive, early-response pregnancy tests available these days, that number may be as high as 30% of all pregnancies, Dr. Berg says.

Health.com: 15 Signs You May Have an Iron Deficiency

The definition of miscarriage is a pregnancy lost before 20 weeks, but almost all miscarriages occur before the 12-week mark, says Dr. Berg. (That’s why expecting parents are often told to wait until the second trimester to start spreading the news.) A pregnancy lost after 20 weeks is usually referred to as stillbirth.

You may not know you’ve miscarried

“You can miscarry within the first 10 days of conception and not even recognize that you’ve had a pregnancy loss,” says Dr. Berg. “You may think it’s just a period.” Bleeding is a common symptom of miscarriage, so is severe cramping. If you have either symptom and you know you’re pregnant, see a doctor or go to the emergency room to avoid two possible complications of miscarriage: hemorrhage and infection.

Health.com: 10 Ways to Boost Your Odds of Getting Pregnant

It’s not the mother’s fault

Most miscarriages occur because of genetic abnormalities in the embryo, Dr. Berg says. There’s really no way to predict or prevent them. They just happen.

Miscarriages become even more common as women get older. That’s because as eggs age, the chances of genetic abnormalities increase.

Health.com: How to Help Someone Who’s Depressed

Fertility treatments may raise your risk

But if they do, it’s probably a small increase and it may be hard to determine if it’s due to the treatments or to other factors—many women undergoing fertility treatment are older, or have other conditions that affect fertility. If you’re 40 and trying to get pregnant, you’ll have a better chance of carrying a baby to term if you use a donor egg from a younger woman, says Dr. Berg.

Being too thin or overweight can both increase the risk of a miscarriage, says Dr. Berg. Diabetes, a common complication of obesity, can also increase the risk, but only if the condition is poorly controlled. “Women who are checking their blood sugar and have [blood sugar] that’s in a normal range have a risk no different than someone who doesn’t have diabetes,” she says.

Smoking is a known risk factor

Women who smoke have a higher chance of miscarriage so add this to the long list of reasons not to smoke—whether you’re pregnant or not.

Sex doesn’t cause it

You’ve likely heard the old wives’ tale that intercourse can increase the risk of losing a baby. Well, it doesn’t. Neither does exercise nor continuing to work, Dr. Berg says.

Many, many women who’ve had a miscarriage go on to have one or more children. In fact, doctors usually don’t look for an underlying reason for miscarriage until you’ve had two or more, she says. (So, yes, you can suffer more than one.)

It’s normal to grieve after a miscarriage

Feelings of loss are common after a miscarriage, even one that happens very early on. “Women can attach to a pregnancy even if they haven’t seen anything on an ultrasound or felt the baby move,” Dr. Berg says. “There is a grieving process.” Some women have significant depression and depression-like symptoms and fathers can grieve, too. Support groups from organizations like the March of Dimes and Resolve can help, and so can the support of close family and friends. 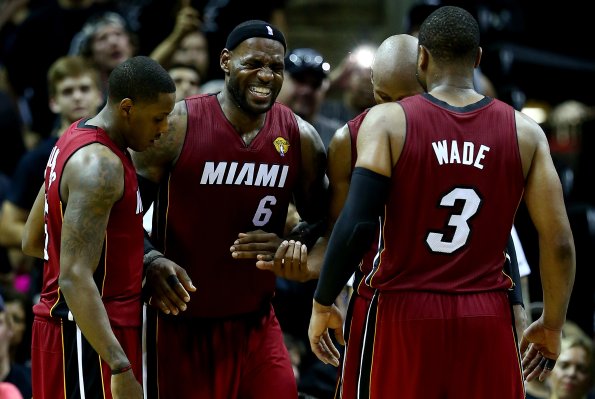 How to Avoid LeBron James-Style Cramps This Summer
Next Up: Editor's Pick