The Mysterious Allure of Finding Bigfoot

‘They’re so freakin’ elusive it drives me nuts, man,” declared Bigfoot researcher James “Bobo” Fay way back in season two of Animal Planet’s Finding Bigfoot. The show returns for its fifth season on Sunday, and while Bigfoot remains elusive, it has not dampened the show’s love of the chase.

For the most part, each episode of the show plays out in a set formula: The team, led by Bigfoot Field Research Organization (BFRO) president Matt Moneymaker, receives a compelling piece of evidence — usually a blurry video or a grainy photograph — that sends them scurrying off to rusticate in a remote corner of the woods.

Alongside skeptical scientist Ranae Holland, the intrepid crew of investigators —Moneymaker, Bobo Fay and Cliff Barackman — usually speak to whoever captured the evidence and then use the witness’s testimony, local lore gathered at a town hall meeting and some historical reenactment to evaluate the clues, which they mark on their evidence map. It’s neither particularly rigorous nor especially scientific, but it’s usually enough to send the team into the wood at night armed with audio equipment, night vision cameras and years of Bigfoot research experience between them (Moneymaker alone claims to have 25 years of Bigfoot hunting under his belt) to try and have their own ‘Squatch encounter.

Over the last four seasons, they’ve taken their investigations into the Bigfoot phenomenon across the United States — from the woods of Oregon and Idaho to a “nest” found in the Arizona desert, and even to upstate New York, where they looked into claims of a baby Sasquatch living within an hour from the Empire State Building.

Not content to rousting Bigfoot from the backwoods of the U.S., though, the investigators have made manifest the destiny of American documentary television and headed to Australia to look for “yowies,” searched for Indonesia’s “orang pendek”, Vietnam’s “wildman,” China’s “yeren,” and — naturally — flown to Nepal in search of the “yeti,” the American Sasquatch’s biggest competition, fame-wise.

At each destination, they set up camp and prep for the crux of their investigation— their time in the woods. Captured in the fuzzy black-and-green footage of night vision and infrared cameras, their research usually involves tromping through the woods with cameras strapped to their heads, Blair Witch-style, some determined mimicking of a Bigfoot’s calls (it sounds a lot like hollering), intense listening for breaking branches or giant footsteps, and a lot of knocking on wood. Sometimes they want to be as quiet as possible; other times, they create a spectacle (for example: a rave in the woods) to hopefully draw a crowd of ‘Squatches. They haven’t met one yet, but they have seen a lot of plus-sized footprints, broken branches and deer — which, as someone points out, is “prime Sasquatch food.” With carefully curated cuts to commercial breaks, creepy infrared photography, endearing attachment to strained scientific leaps, and unbridled exuberance for all things Bigfoot, the show makes for oddly compelling television, despite the elusive nature of the Sasquatch and its kin.

The show’s resident so-called ‘Squatch atheist, Holland, is a field biologist who was educated at the University of Washington. Holland is the show’s voice of reason, calmly stating on the show what non-believers are shouting at their television sets: A loud thump in the night, a dark blur in a photo and some broken branches does not a Sasquatch make. Her skeptical presence is what gives the show its gravitas, and saves it from drowning in a bog of untethered Bigfoot enthusiasm, or feeling like a tent revival for Yeti acolytes. That said, it’s clear that her time in the woods with Bobo has rubbed off, as on more than one occasion she breathlessly whispers into her walkie-talkie, “You guys see that?” She may not think it’s a Sasquatch, but like The X-Files‘s Agent Mulder before her, it’s clear that she wants to believe.

She’s not alone. By the end of each episode, viewers want to believe, too. It would be incredible to watch these burly men in their fleece jackets and khaki shorts tromp through the backwoods until they find Bigfoot. It would make for undeniably entertaining television.

It just hasn’t happened yet. But maybe next season.

MORE: Want to Find Bigfoot? Now There’s a Map for That

MORE: Sorry, Guys: Bigfoot Is Dead ‘Cause This Guy Shot Him 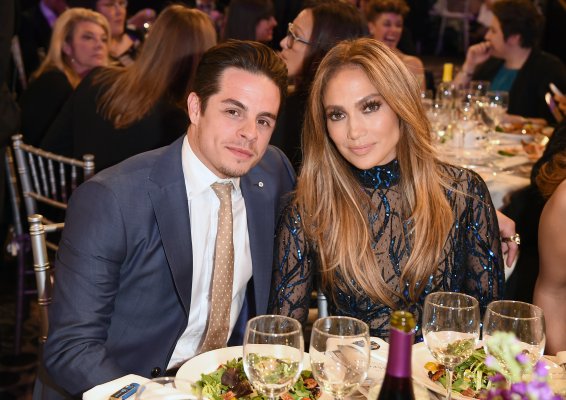 Jennifer Lopez and Casper Smart Have Broken Up
Next Up: Editor's Pick