It Looks Like Camels Actually Can Transmit MERS to Humans

An Indian worker wears a mouth and nose mask as he touches a camel at his Saudi employer's farm outside Riyadh on May 12, 2014.
Fayez Nureldine—AFP/Getty Images
By Alexandra Sifferlin

Genetic sequencing has confirmed that a man who died of MERS in November likely got the disease from one of the camels in his herd.

In Nov, 2013, a 44-year-old previously healthy Saudi Arabian man came down with MERS and eventually died. A new study published in The New England Journal of Medicine reports that scientists from King Abdulaziz University in Jeddah have shown that his virus was virtually identical to the virus found in one of his camels.

The scientists report that three of the man’s friends accompanied him when he visited his camels and witnessed him put medicine in the nose of calf. Later on, it was shown that the calf had the same virus as the man, suggesting he got MERS from his camel.

The man’s friends and daughter, who also had cold symptoms recovered, as did the camel. 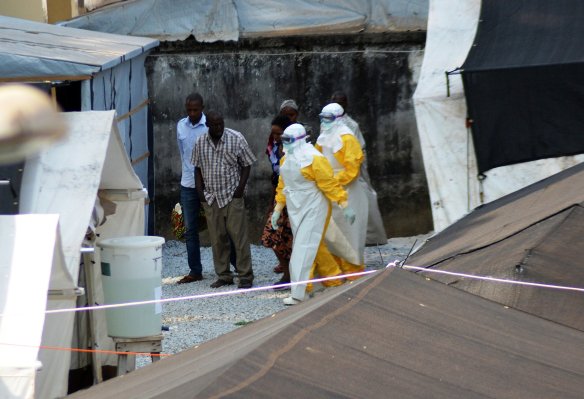 Ebola Still On The Rise in West Africa, WHO Reports
Next Up: Editor's Pick