US President Barack Obama speaks to the media after his meeting with German Chancellor Angela Merkel at the Chancellery on June 19, 2013 in Berlin, Germany.
Thomas Trutschel—Photothek/Getty Images
By Jack Linshi

President Barack Obama will log on to Tumblr next Tuesday to answer students’ questions about the cost of college and student debt.

The live Q&A event is the latest example of Obama using live social media events to reach young audiences — he’s previously used Twitter, Google+ and even Reddit to reach out to voters on various issues. Nearly half of Tumblr’s users are between the ages of 18 and 34—including the discussion’s moderator, 27-year-old Tumblr founder David Karp—a demographic likely pondering the issues of college costs and student loan repayment.

This year’s college graduating class will enter professional life with an average of $33,000 in student loan debt, nearly double that of students who graduated in 2000, according to government data. Overall student loan debt has topped $1 trillion and is the fastest-growing debt category, the Wall Street Journal reported in May.

Obama’s Tumblr town hall was announced by Yahoo!, which acquired Tumblr last May for about $1.1 billion. 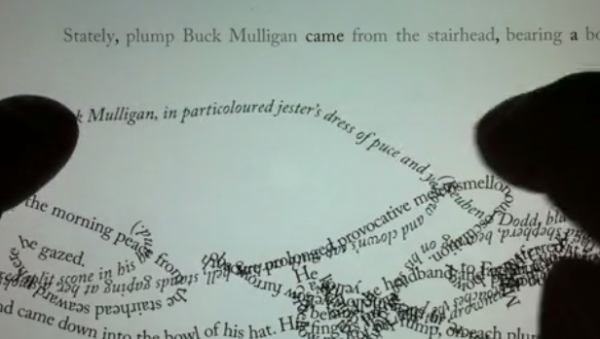 This Interactive App Lets You Play With the Words of Classic Books
Next Up: Editor's Pick