For rock fans of a certain ilk, the early 2000s revolved around three bands: there were The Strokes, The White Stripes and Interpol.

With their hits “Lights” and “Slow Hands,” Interpol was a major player in the aughts for those with an alternative bent and an ear for post-punk sounds. Now the band is preparing to release their first album in four years: El Pintor, the band’s fifth studio album, is due out on Matador on September 9th.

For the follow-up to their 2010 self-titled LP, the band — which is now a trio after the departure of bass player Carlos D (sorry, ladies!) — took on multi-instrumental responsibilities. Frontman Paul Banks provided vocals and played both guitar and bass on the album and Daniel Kesler played guitar and piano, while Samuel Fogarino was on drums.

To record the album at New York’s famed Electric Lady Studios and Atomic Studios, Interpol was joined by Brandon Curtis of The Secret Machines (another post-punk band that found fame in the early ’00s), Beck band member Roger Joseph Manning, Jr., and Rob Moose of Bon Iver, on strings.

Fans eager to hear the new material are in luck: Interpol is touring hard in support of their forthcoming release, with performances at Governors Ball, Lollapalooza, FYF Fest, Austin City Limits Festival, Glastonbury and Roskilde already confirmed. Don’t worry, fans of the recent past — the Strokes are back too, with dates at Governor’s Ball and more already on the books. 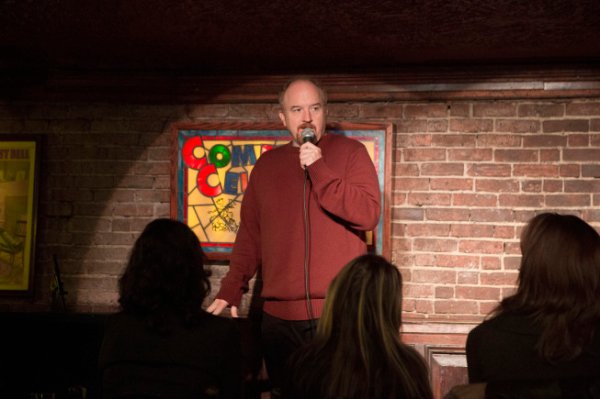 Rape, Relationships, and a Messy (for Good and Bad) Louie Season 4
Next Up: Editor's Pick