In old North Dayton, It’s easy to spot the newcomers. Over the past few years, about 3,000 Turkish refugees have settled here and set about rebuilding this blighted neighborhood. Decaying houses with weed-choked lawns are giving way to tidy dwellings with colorful paint jobs. As his minivan winds through the streets, businessman Islom Shakhbandarov points out the white picket fences the Turks favor–a sign that they have achieved the American Dream. “This,” he says from the front seat, “is the Ellis Island of our region.”

Southwest Ohio has never been much of a melting pot. Even now, Dayton’s proportion of foreign-born residents is among the lowest of any large U.S. city. But economic decline is the mother of reinvention. Dayton’s population has plunged 40% since 1960, as the loss of manufacturing jobs hollowed out its middle class. “We were hit really hard,” says city manager Tim Riordan. And so in 2009, Dayton began plotting an unlikely path to renewal–growing its economy by courting immigrants.

Two years later, the city adopted a series of policies designed to lure new residents: tutoring for foreign students, support networks to help entrepreneurs clear complex bureaucratic hurdles, and translation services to help immigrants integrate into the community. Libraries began stocking books in new languages. Police officers were directed not to check the immigration status of victims or witnesses of crimes, or of people suspected of minor offenses.

The push to repopulate the city by wooing foreigners was an unusual move at a moment when states from Alabama to Arizona were requiring cops to detain suspected undocumented immigrants. City officials braced for an outcry against the proposal, but few residents balked. (The only pushback at public meetings came from nonresidents who warned that the city could become a magnet for the undocumented.) The initiative, known as Welcome Dayton, won unanimous support from the city commission. “We made a policy decision to be open,” says Dayton Mayor Nan Whaley. “This is a city that will welcome you.”

Word of mouth helped. A handful of Ahiska Turks, a stateless ethnic minority that was granted refugee status to escape persecution in Russia, resettled in Dayton in 2006, lured by cheap housing and solid jobs. They told friends that neighbors were tolerant of their Muslim faith. Now the Turkish community’s leaders have become some of Dayton’s best boosters, working to court foreign investment and pumping their own cash into the local economy through new trucking, logistics and real estate businesses.

Dayton is also home to robust communities of Central Africans, Indians and Hispanics, many of whom have started businesses or cultural agencies of their own. City officials have sought to stitch them into the cultural fabric with celebrations of diversity like a new annual parade to commemorate the Mexican Day of the Dead. And the lenient approach to law enforcement has soothed nerves. “They’re not chasing people or trying to focus on their legal status,” says Gabriela Pickett, an art-gallery owner and Mexican immigrant who has lived in Dayton since 2001. “That’s a battle they don’t want.”

None of this has required much money, and the economic gains have been relatively modest. But the new approach is paying off. In the year after enacting the policy, Dayton’s immigration rate grew by 40%, nearly six times the state average. The U.S. Chamber of Commerce lauded Dayton as one of seven “enterprising cities.” And Dayton has plans to expand its approach by recruiting immigrant entrepreneurs, using a visa program that offers green cards to foreigners who invest in rural or cash-strapped areas.

Dayton’s model is attracting copycats elsewhere in the Midwest. And the experiment has “changed the culture and the way people perceive immigrants,” says Tony Ortiz, vice president of Dayton’s Hispanic Chamber of Commerce and the head of Latino Affairs at nearby Wright State University. “Instead of a burden, they see these folks as potential taxpayers and contributing members to the area. Instead of chasing them away, all we have to do is make them feel welcome.” 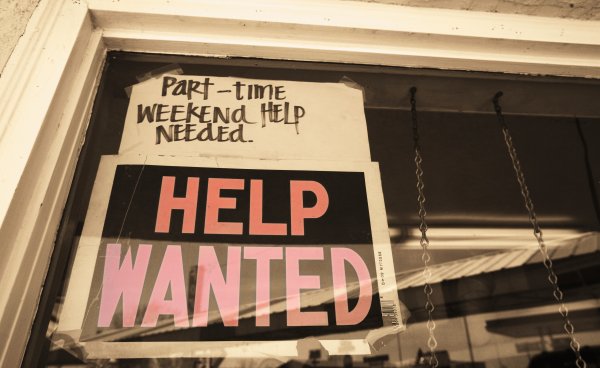 Skilled Workers for Hire!
Next Up: Editor's Pick