Illustration by Tomasz Walenta for TIME

When I joined the literary community in 2012 by writing my first book, I anticipated long teas with brilliant minds debating complicated issues during which I’d pretend not to be bored–just like a meeting at TIME, except with tea. Instead, I find myself in the middle of a brutish corporate battle during which I am also bored.

Although the negotiations haven’t been made public, it seems that Hachette, which published my book (Man Made: A Stupid Quest for Masculinity, ISBN 978-0446573122), wants to set a minimum price for each of its e-books on Amazon, fearing the online retailer will sell books at 99¢ to draw people in to spend money on more expensive items, such as anything that’s not a book. I personally think there isn’t a business model based on people being “drawn in” by books, as proved by the fact that there are no longer bookstores. I also suspect that lower prices don’t make a huge difference in book sales. I’ve never heard someone say, “I spent two months reading Robert Caro’s Lyndon Johnson bio instead of Doris Kearns Goodwin’s because it was $6 less.” Per hour of entertainment, there is nothing cheaper than a book. Except everything on the Internet.

So it was with trepidation that I went to Amazon to see what barbarism it had committed on my book’s page–changing my author photo to one of my high school mullet shots, perhaps, or allowing yet more people to start their one-star reviews with “No, I haven’t read the book.” But there was nothing. My book was the same price as it was at Barnes & Noble’s website, could be shipped the next day and could even be purchased for a slightly higher price as a “collectible” first edition, despite the fact that there’s no second edition. Amazon was not just selling my book; it was pushing it hard. It was acting like stacked boxes of my book were starting to stink up its warehouses with their putrid moldering, which is highly possible since that’s what’s happening in my basement.

This cannot be an oversight. Amazon attracts some of the best engineers in tech, so I’m pretty sure they can figure out which authors have egos so huge that being left out of a feud would destroy their confidence, leaving them unable to write again. Probably with an algorithm that looks for covers with the author’s name in a ginormous font under a photo of him stepping on a bear he supposedly hunted.

Ordinarily I would do something about this outrage. I would write a mean joke about Amazon on Twitter or mumble something about them being jerks at a party where I knew no one there worked in tech or was from Seattle. But despite how Amazon is purposely hurting me, I can’t join the vast majority of authors and publishers taking Hachette’s side. I buy everything from the enemy of literature, including my groceries, which Amazon Fresh gathers from my favorite shops all over Los Angeles and then delivers to my door. My gentle emails telling them they forgot an item are responded to with apologies and a $35 gift certificate. I’m vaguely aware that Amazon’s warehouse workers have to wear monitors counting down the seconds they have to race to get my soap and deodorant, but I think they understand that’s a small price to pay for my not having to walk around stores and interact with cashiers.

Also, back when I created a page for TIME in which important people drew Thanksgiving turkeys in the shape of their traced hands, Jeff Bezos did a fantastic job, even gluing Legos to his drawing, despite my giving him no good reason to do this. Meanwhile, I’ve never had any interaction with Louis Hachette, partly because he’s French, partly because he died in 1864 and partly because I didn’t sell enough books to make it worth his time to return my telegraphs.

It’s hard to have company loyalty when we’re all free agents with our brands and followers. I have no idea who will publish my next book, though I do know they’ll be sorry they did. And I would leave Amazon for a company that delivered even snobbier groceries faster. More important, I know that cat videos are a bigger threat to books than e-book pricing. So I hope Hachette gets what they’ve asked for, and the old system stays in place so books can still cost enough that publishers can continue to pay me advances they’ll never get back. Or that Amazon publishes my next book. They can pay me in gift certificates. 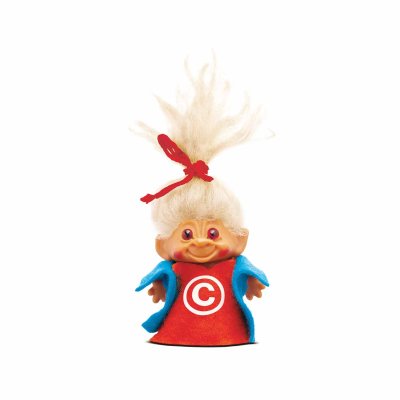 Tolls for Trolls
Next Up: Editor's Pick