“TIME is the new black,” announced Us Weekly magazine in an online piece on our June 9 cover story featuring transgender activist (and Orange Is the New Black star) Laverne Cox. Writer Katy Steinmetz’s story–in which Cox discussed being bullied and attempting suicide–was widely shared on Twitter and drew accolades from readers like San Diego psychotherapist Patricia Wojdowski, who called it a “very excellent, sensitive and comprehensive essay.” Demonstrating one of the story’s arguments, some readers dismissed the issue of gender identity as irrelevant. “A person who is born biologically as a male or female … is male or female, and always will be,” wrote Gregg Burdulis of Nutley, N.J. On National Review Online, a piece responding to TIME’s story was titled “Laverne Cox Is Not a Woman.” Meanwhile, Steven Petrow at the Washington Post took the opportunity to display TIME’s cover accompanied by an advice column on appropriate ways to refer to trans people: “Civilities: Transgender Etiquette 101.”

David Cohn of Bellingham, Wash., thanked TIME for Steven Brill’s “The Hidden Cliffs in Obamacare,” which highlighted little-known inequities of “what my wife and I now refer to as the ‘Unaffordable Health Care Act.'” R. Philip Grizzard of Normal, Ill., defended the law as sensible: “People used to go bankrupt when they had a major medical emergency. Now, they’ll spend up to 27% of their income. To me, that sounds quite a bit more … affordable.”

Samuel P. Jacobs’ tongue-in-cheek TIME.com piece on how millennials should handle baby boomers in the office drew some pointed commentary–from Jacobs’ elders. “Most boomers have a more honest work ethic than this jerk,” wrote Michael_Legel on TIME.com. “And the majority will never retire. They can’t afford to!”

In Briefing (June 9), we misidentified Nawaz Sharif; he is Pakistan’s Prime Minister. In “A Preemie Revolution” (June 2), we incorrectly described the therapy known as CPAP. It stands for continuous positive airway pressure.

It should be a lot more fun to manage your finances, thanks to Money magazine’s newly relaunched site, Money.com, which debuts with a package on money and love. Among the features:

1 LOVE BY THE NUMBERS

A spin on the game show, in which contestants aim to predict their spouses’ responses

A primer on attending the World Cup for less

For his feature on former Montana governor and potential presidential contender Brian Schweitzer (page 36), Washington bureau chief Michael Scherer (above left) spent two days in and around the politician’s hometown at what Scherer calls Camp Schweitzer. One activity: riding over elk tracks at Philipsburg’s Ranch at Rock Creek. “He made a bit of fun of me, saying he’d have a mule for me to ride so I’d be lower to the ground,” says Scherer. “But I think I acquitted myself quite well.”

The most important photograph of Jeff Widener’s career–which shows a man confronting a government tank during pro-democracy demonstrations in Beijing’s Tiananmen Square in 1989–makes him anxious. “I don’t have it on my wall,” he says, “because every time I look at it, it reminds me how close I came to messing it up.” On the 25th anniversary of the protests, visit our photo blog for a video chronicling how Widener got–and nearly missed–the world-famous image. 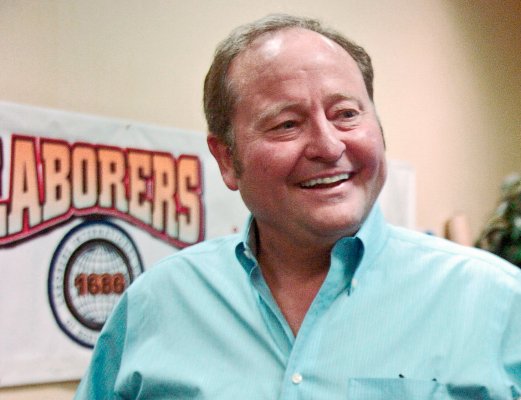 Schweitzer: I'd Be a Better President Than Hillary
Next Up: Editor's Pick