Guests try out the Microsoft Windows 8 operation system on touchable screens of desktop computers during the preview show of the new operation system and tablet computer Surface in Shanghai, China, Oct. 23, 2012.
An Tu—EPA
By Michael Schuman

U.S. technology firms have often found China a tough market. Microsoft has struggled with widespread software piracy. Facebook, Twitter and YouTube are all blocked by Chinese censors. That costs the American Internet giants untold numbers of potential customers. Now, in the wake of Washington’s charges against five Chinese military officials for cyberspying, a riled Beijing has intensified its criticism of U.S. tech businesses.

Chinese media this week attacked numerous U.S. tech firms for, in effect, acting as agents of American espionage. A report in the state-run China Daily on Wednesday warned that a range of American companies, including Cisco, Microsoft, Facebook and Yahoo!, could be used by Washington to spy on China. “Foreign technology services providers such as Google and Apple can become cybersecurity threats to Chinese users,” the newspaper asserted. A post on the official microblog of another state-owned publication, the People’s Daily, labeled American tech firms “pawns of the villain” and vowed to take stern action against any nefarious deeds. “For anyone who steals our information, even though they are far away, we shall punish them!” the blog promised. (Although the post was subsequently removed.)

The consequences of any effort by the Chinese government to restrict American technology businesses could be huge. China is a major market for all sorts of such products, from smartphones to software, and sales to Chinese companies and consumers are an ever more important source of sales for foreign firms. In its last fiscal year, for instance, Apple earned 15% of its revenues —­ more than $25 billion — from Greater China.

Beijing could move beyond mere rhetoric into active steps to prevent Chinese companies from acquiring U.S. technology. In May, even before Washington’s charges of cyberspying were announced, China’s state procurement center banned the use of Microsoft’s Windows 8 operating system on government computers. The reason was not made clear, but Chinese state media cited possible security concerns after Microsoft discontinued its support for Windows XP. Separately, one press report claimed that government officials are pressing Chinese banks to replace IBM servers with local brands as a security measure. (A spokesman for IBM in China says the company is unaware of any such policy.)

The U.S. is somewhat guilty of taking similar measures against the Chinese. Citing the potential security risk, Washington has effectively blocked China’s Huawei from selling telecom equipment to major American service providers or making acquisitions in the U.S. For China, though, the situation is slightly different. China is still a technology laggard and badly needs American know-how. Nor in some cases are there viable domestic alternative to foreign technology. (It is not exactly clear, for instance, what government computers will use for an operating system if not Windows 8.) Those realities may ultimately limit Beijing’s ability to shun American technology firms.

Still, the war of words is not helping already strained relations between the world’s two largest economies. American and Chinese officials have exchanged barbs in recent days over escalating territorial disputes between Beijing and its neighbors, including U.S. allies Japan and the Philippines. Trade disagreements also continue. The U.S. Commerce Department said this week it intends to slap steep tariffs on certain Chinese-made solar panels this week. The danger is that these percolating problems will eventually stifle the economic cooperation both sides need to drive growth. More than U.S. tech firms may then find themselves targets. 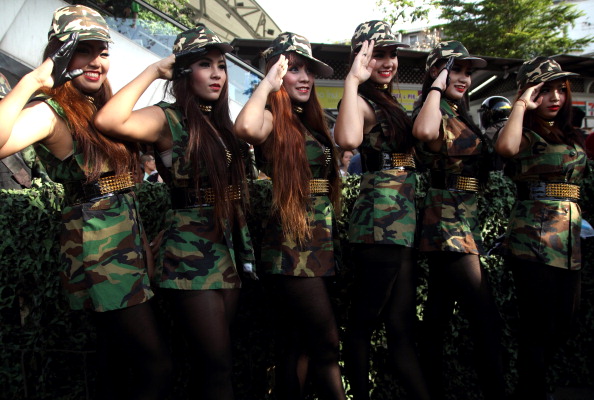