You know who loves keeping up with trends? Kylie and Kendall Jenner. Apparently that applies to the literary world as well.

The two reality stars are now “authors” of the latest piece of young adult, dystopian fiction. Behold Rebels: City of Indra: The Story of Lex and Livia, a YA novel that hit shelves Tuesday and is so complex, it’s worthy of not one but two colons in the title.

We always knew that the girls had imagination. “In first grade I told my friends I had a third story in my house filled with jewels and lions,” Kendall once told HuffPost.

Rebels is slightly more complex. According to the overview, it’s about “a beautiful paradise floating high in the sky, and a nightmare world of poverty carved into tunnels beneath the surface of the earth.” Almost as telling as the back cover copy is a page inside that states manager Elizabeth Killmond-Roman and YA writer Maya Sloan also “worked” on the Simon & Schuster book.

While E! raved, simply raved, about the Jenner’s genius prose—did we mention that Keeping Up with the Kardashians is an E! show?—reading the whole thing seemed like… a lot. So instead, let’s see what reviewers had to say about the instant classic.

From Amazon, which has a one star rating:

“I don’t even think they read. That’s what annoys me the most,” said a two-star Good Reads review.

But not everyone is a hater. The Barnes and Noble score averaged 3 stars. Here’s a rave review: 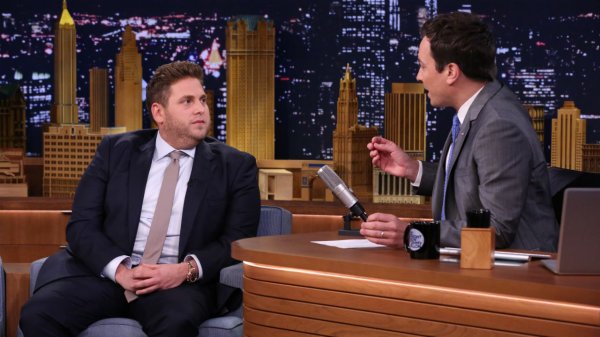 Jonah Hill Apologizes for Gay Slur: 'My Heart Is Broken'
Next Up: Editor's Pick