Here's Another Video of Justin Bieber Being Racist

A video emerged Wednesday showing a young Justin Bieber singing a racist parody of his popular song “One Less Lonely Girl,” the second time in the last week the pop star has been depicted making racist comments.

The video, published by TMZ, shows a 14-year-old Bieber sitting in a chair and giggling as he croons the tune while replacing the word “girl” with the n-word.

Bieber was reportedly singing a parody of his song he had seen on YouTube. Bieber apologized last Sunday after a video emerged that showed him telling a racist joke. He said that at the time of the video’s creation, he “thought it was OK to repeat hurtful and jokes.”

“I didn’t realize at the time that it wasn’t funny and that in fact my actions were continuing the ignorance,” he said in a statement to the Associated Press.

“I’m very sorry,” Bieber said. “I take all my friendships with people of all cultures very seriously and I apologize for offending or hurting anyone with my childish and inexcusable behavior.”

TMZ reports that Bieber and his representatives wanted the video released so he can take responsibility for his actions. 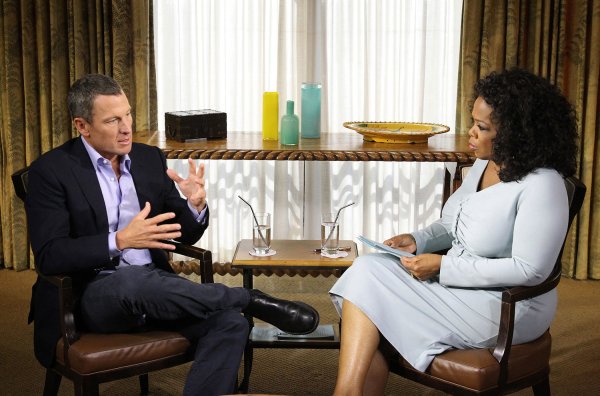 Viewpoint: Why America Won’t Forgive Lance Armstrong (for Now)
Next Up: Editor's Pick