Netflix has a new strategy in its battle over who should pay to deliver video to users: make customers think slow speeds are Internet Service Providers’ fault.

A Twitter user spotted on Tuesday a new buffering screen that blames Verizon for slow speeds. “The Verizon network is crowded right now,” the screen reads.

Netflix users have been reportedly experiencing slower streaming speeds on Verizon’s FiOS Internet service in recent months. Netflix agreed in April to pay Verizon to establish a direct connection to its network to deliver video content across the “last mile” into users’ homes.

However, Netflix says it’s ideologically opposed to such paid peering agreements, viewing them as a violation of net neutrality. ISPs such as Comcast and AT&T have said that Netflix should pay for the costs of serving its own video content, while Netflix argues that ISPs essentially get paid twice, first from customers and then from content providers, when they charge interconnection fees.

Now, Netflix is placing blame on ISPs not only in blog posts but within the Netflix app itself. These types of messages may start popping up for other Internet subscribers too.

“We are trying out different ways to keep our members informed,” Netflix spokesman Joris Evers said in an email. “This is a test that isn’t limited to Verizon.”

Though the Verizon deal was signed in late April, streaming speeds for FiOS and Verizon’s slower DSL service were no faster that month, according to Netflix’s monthly ranking of ISP streaming speeds. Bob Elek, a Verizon spokesman, said in an email that the company has not changed its network since inking the Netflix agreement. Elek also said the Netflix buffering message could “confuse” customers.

“We are working quickly to implement the network architecture and expect improvements to be experienced across the FiOS footprint throughout 2014,” he said. “Having said that, this seems to be PR driven – we’re investigating this claim but it seems misleading and could confuse people.”

Verizon took a more direct stance against the Netflix messaging in a blog post Wednesday afternoon. “The problem is most likely congestion on the connection that Netflix has chosen to use to reach Verizon’s network,” the company wrote. “Of course, Netflix is solely responsible for choosing how their traffic is routed into any ISP’s network. It is sad that Netflix is willing to deliberately mislead its customers so they can be used as pawns in business negotiations and regulatory proceedings.

Federal Communications Commission Chairman Tom Wheeler has said that he will look into Netflix’s paid peering complaints as his agency attempts to establish new net neutrality rules this year. 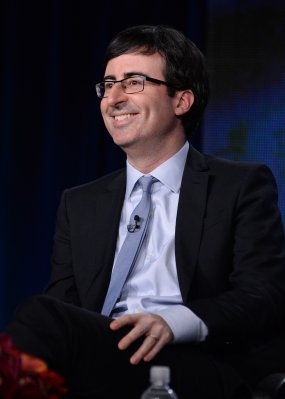