One Direction Fanfiction Writer Gets Book Deal, But Not Much Respect

One Direction performs on May 3, 2014 in Buenos Aires
LatinContent / Getty Images
By Lily Rothman

It’s a dream situation for one particular One Direction fan: Anna Todd, author of the fanfiction series After, was signed to Simon & Schuster for a three-volume publishing deal. The names of the real-life One Direction singers will be changed and the story will go mainstream, in the latest big example of what’s known as filing off the serial numbers (in the style of Twilight inspiring 50 Shades of Grey) by removing references to the original inspiration.

Real Person Fic (RPF), the genre of fictional stories about celebrities, is a big thing in the world of fan writing — but it’s often been the subject of inter-fan derision, and that’s particularly the case when the real people in question are the members of One Direction. An essay by scholar V. Arrow, which is featured in the recent book Fic: Why Fanfiction Is Taking Over the World by Anne Jamison, explains why:

One of the biggest issues is the perception that people who write fic about a boy band are only interested in writing out their own fantasies, scripting interactions between their idols and characters who serve as stand-ins for themselves. There’s also the notion that the writers must be young teens — despite the fact that data shows that most 1D fanfic readers/writers were over 16, and two-thirds of readers said they weren’t interested in stories that were mere wish-fulfillment for their authors.

But, the essay continues, there’s no reason why RPF has to be looked down upon: after all, Julius Caesar was based on a similar idea.

Speaking to TIME, Jamison — a University of Utah professor who will also teach a class about fanfiction at Princeton next spring — says that she doubts that the success of After will affect fan-community attitudes toward One Direction, but that the story was unusual already. For one thing, even in the time since Arrow’s RPF essay was written, Wattpad has exploded. Jamison says that when she was first exploring Wattpad, the writing platform on which After was originally posted, the company’s management encouraged her to check out the story, which is one of their most successful ever. (“I haven’t read that much of it,” Jamison says of After. “It’s really long.”)

In the course of using Wattpad, though, Jamison noticed that the fan community on Wattpad was different from other sites. Bands, for example, are very popular fic subjects on Wattpad — One Direction included. “The idea that it’s stigmatized doesn’t seem to apply to Wattpad,” she says. “Her fans on Wattpad tread [Anna Todd] like a celebrity.”

Jamison also notes that the idea of making money from fanfiction — something long seen as dubious among fans, even as recently as 50 Shades of Grey — doesn’t seem to be so strange to younger and newer fanfic writers. That’s good news for 1D fans: if the success of After changes anything for the fanfiction world, Jamison guesses, it probably won’t be the way that followers of fandoms like Sherlock or Star Trek see the boy-band’s devotees; it’s more likely to be the influence on a fresh crop of RPF writers. After all, it’s much less legally thorny to file off those serial numbers when the inspiration is reality: changing the names of a boy band doesn’t risk overstepping the fair use of someone else’s creation. And besides, it’s a time-honored tradition.

As Jamison says: “Every fiction author bases their characters on real people.” 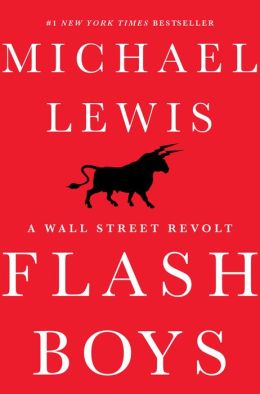