The movie begins with world news services — the BBC, Sky News — reporting the invasion and near conquest of Europe by extraterrestrial entities. Even CNN interrupts its 24/7 coverage of that Malaysian plane, giving Wolf Blitzer a chance to report an actual breaking story. And at the end (no spoiler alert necessary), we learn that “Russian and Chinese troops are moving across Western Europe without resistance.” That’s supposed to be the good news.

So we’re in the movies’ favorite nightmare fantasyland, Armageddon — or, through most of Edge of Tomorrow, a replay of the D-Day invasion, but with Allied forces deploying from London to fight not the Nazis but the Mimics. Described as “a spectacularly evolved, world-conquering organism” and looking like jellyfish or octopuses with limbs resembling Rastafarian locks, these alien beings take on the properties of the creatures they have encountered and assimilated. With tremendous speed and agility, they pop out of nowhere and zap, you’re dead — you and virtually all the other soldiers you hit the beach with. The Mimics can achieve this because they’ve been through this battle many times before and “an enemy that knows the future can’t lose.”

The only way to survive, and perhaps save the mission, is to catch a dose of the Mimics’ strength. You die on the battlefield, and then are instantly reborn back at the Heathrow training base, where you sharpen your warrior skills while memorizing every detail of the Mimics’ movements. Landing for the second or hundredth time on the beach, at the exact same future time, you relive your fatal nightmare, but with crucial tweaks: now you can anticipate the enemy’s feints and score some kills. Guiding you is a luscious, superefficient soldier, Rita Vrataski — the Angel of Verdun, or the Full Metal Bitch — though each time you meet her, she doesn’t know who you are.

Tom Cruise is the Groundhog Day grunt, and Emily Blunt the Angel Bitch, in Edge of Tomorrow, a furiously time-looping joy ride and the smartest action film of the early summer season. The movie’s only static element is its title, which oddly suggests a mashup of TV soap operas. Director Doug Liman and screenwriters Christopher McQuarrie, Jez Butterworth and John-Henry Butterworth could have borrowed a name from any number of James Bond films — You Only Live Twice, Live and Let Die, Tomorrow Never Dies, Die Another Day — to describe its hero’s curse and gift. Or they could have kept the title of Hiroshi Sakurazaka’s 2004 source novel: All You Need Is Kill. (It sounds exactly as cool in the original Japanese: Oru Yu Nido Izu Kiru.)

In Steven Spielberg’s 2005 War of the Worlds remake, Cruise was an ordinary dad trying to outrun an alien takeover. In last year’s Oblivion, he was a career soldier battling his own clone. As Major William Cage in Edge of Tomorrow, he is, at first, the anti-Tom. A former ad agency spin doctor, Cage joined the service to create promos that would entice civilians into deadly combat. He’s the Don Draper of World War III.

“I do this to avoid doing that,” he tells the hardass General Brigham (Brendan Gleeson). “Can’t stand the sight of blood. Not so much as a paper cut.” Unlike the gung-ho Maverick in Top Gun, which launched Cruise to stardom 28 years ago, Cage is spoiling not to fight.

Brigham stockades the reluctant warrior and attaches him to a squad of soldiers due to be dropped on the beach tomorrow. And now he’s a private with a coward’s rep, to be bullied by his master sergeant (Bill Paxton) and his gruff new mates. (Cruise looks great at 51 — he could be a fit 40. Still, wouldn’t his fellow soldiers wonder why a guy approaching middle age has the army’s lowest rank? Answer: No, because it’s a movie!) With precious little training in weapons operation and maneuvering his bulky robot uniform, Cage lands on the beach and sees his squad promptly wiped out. In one weirdly funny image, a cargo plane drops to the earth, smashing one soldier. This is the Saving Private Ryan beach invasion, played a second time as tragic farce.

Yet on Spielberg’s Omaha Beach, there was no fabulous babe, no female Audie Murphy for an out-of-place, out-of-time soldier to bond with. Rita used to be “in the loop” with the Mimics, but not now: “I had it and I lost it.” But when she realizes that Cage has somehow got on the enemy’s wavelength — a fact she must face anew each time she sees him, since he’s come back from the future — she trains him at Heathrow and fights bravely with him. As the periods of their endlessly repeated first meeting lengthen, they escape the beach for a deserted farmhouse; then the Thames River, infested with swimming Mimics; and finally Paris in search of the Omega Mimic that directs all the others.

For most of the film’s two hours, Liman keeps the plot plates spinning with the suave dexterity he showed in Swingers, Go, The Bourne Identity and Mr. & Mrs. Smith. (Liman had a down phase with Jumper and Fair Game, but all his pictures have addressed the lies that are taken as truth and the mystery of even a hero’s personality.) Photographed by Dion Beebe in the desaturated khaki colors of Saving Private Ryan and World War Z, the movie figures its viewers are bright enough to grab the premise and parlays that belief into audience exhilaration. Each succeeding visit to Heathrow or the beach is shorter, sometimes only by a second; the rhythm accelerates vertiginously, the tension tautens. Only toward the climax, when the live-die-repeat cycle is abandoned, does Edge of Tomorrow go logy. But it’s two-thirds of a sensational ride — one you can ride over and over without buying additional tickets.

Revealing the timidity of the X-Men: Days of Future Past premise — one man going back in time to connect with a younger version of an old friend — Edge of Tomorrow is also a metaphor for moviemaking: the film is all about rehearsal, about living and learning (or dying and learning) and gradually turning mistakes into triumphs. Cage has not only read the “script” of the Mimics’ war but has infused it into his central nervous system. In that sense, it’s a demonstration of the 10,000-hours-of-practice theory popularized by Malcolm Gladwell in Outliers. Keep doing something forever and maybe you’ll get it right.

In a complicated scenario with just four prominent roles (Cruise, Blunt, Paxton and Gleeson), the two leading players must radiate star quality and sex appeal. Solemn and toned to the max, Blunt proves a strong partner for an actor who can still earn the sobriquet Tom Terrific. More often than most Hollywood hunks, Cruise steps outside his comfort zone to embrace weird characters — in Magnolia, Lions for Lambs, Tropic Thunder and Rock of Ages. But it’s also cool to see him bend the familiar action-fantasy format and, as he does here, stick the landing.

An aging star can’t push envelopes forever. According to the Internet Movie Database, Cruise is becoming his own Cage, planning to star in the sequels Mission: Impossible 5, Top Gun 2 and Jack Reacher: Never Go Back. Twist that last title and you have a suitable name for his current, very savory film: Always Go Back. 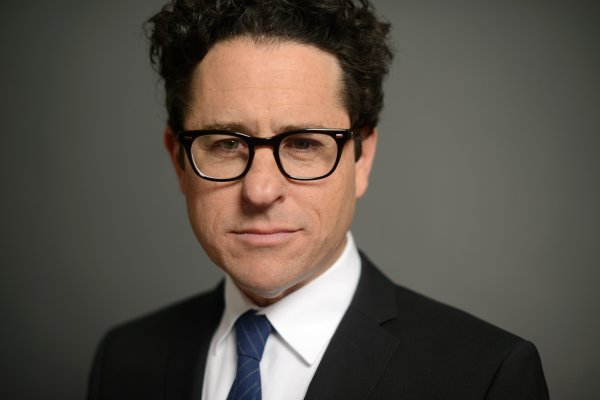