Wal-Mart Is About to Make a Major Change

Sam’s Club parent Wal-Mart Stores Inc. announced that holders of the warehouse club’s co-branded MasterCards will receive new cards containing a security-enhancing chip beginning later this month when the company switches from Discover to MasterCard. Customers who have Wal-Mart co-branded credit cards will get their chip-containing cards when the switchover for them occurs later this year, MasterCard says.

“MasterCard has taken a strong stance on the need for the U.S. market to make the transition to chip-enabled credit cards,” MasterCard’s North America president Chris McWilton said in a statement.

“Sam’s Club is the first mass retailer to actively implement chip-enabled technology. Each credit card has an embedded chip that makes the card more difficult to duplicate, which provides enhanced security from fraudulent activity,” Wal-Mart said in a statement of its own.

Although banking tech security experts have known — and have been warning people — for years that our antiquated mag-stripe technology is seriously under-equipped to protect consumer data from today’s sophisticated cybercriminals, the situation only came to a head last year. The Target breach affected an estimated 40 million customers who had payment information compromised, and as many as 70 million more had personal information like email addresses, phone numbers names and home addresses exposed.

The event triggered a Department of Justice investigation and led to the ouster of Target president and CEO Gregg Steinhafel, who said last month he would step down following revelations that Target had brushed off early indications of the problem.

But despite the risks, retailers have been reluctant to undertake the major changes that switching to more secure payment methods would entail. Chip-based cards cost eight to 10 times as much as ordinary mag-stripe cards, says Brian Riley, a senior research director at CEB TowerGroup. Although the industry has set a cutoff of next year by when store card readers and the cards themselves to be converted, the initiative was off to a slow start so far. “What the industry has not seen yet is a major player going out and chaining their cards yet,” Riley says.

It’s likely that MasterCard is helping to shoulder the cost in this case, he says. “You can expect in a deal that brings MasterCard into Wal-Mart, certainly some concession on the MasterCard side for who’s going to be paying for this,” he says. Wal-Mart declined to disclose details of the cost. 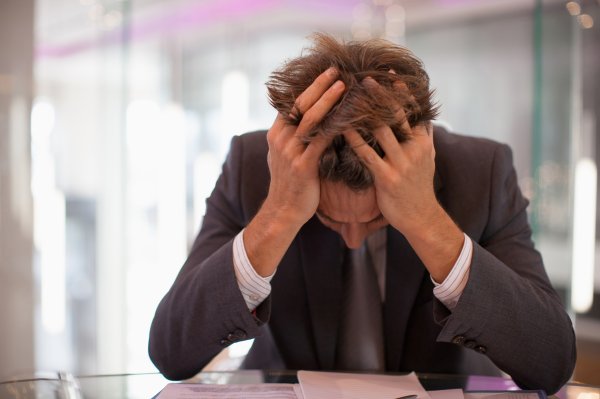 Arizona Woman Prohibited From Cartwheeling at Meetings
Next Up: Editor's Pick