Hey LeBron, I Double Dare You To Shoot

LeBron James, #6 of the Miami Heat, looks on during action against the Detroit Pistons at AmericanAirlines Arena in Miami on February 3, 2014.
Marc Serota—Getty Images
By Sean Gregory

Last year’s NBA Finals saw one of the great strategic gambits in basketball history almost pay off. San Antonio Spurs coach Gregg Popovich wanted to keep the greatest player on the planet, LeBron James, from penetrating into the paint, where he’d inevitably posterize someone, draw a foul, or pass to an open teammate. For seven games, Popovich instructed his players to lay off LeBron a bit, almost daring him to shoot. No matter that James was one of the best perimeter shooters in the NBA. Conventional defensive wisdom says stay tight on the outside shooters. Popovich, however, tried a curveball. Give LeBron something to think about. Why am I so open? Mess with his head.

“Teams say, ‘man, what are we going to do to stop LeBron?'” says Idan Ravin, a personal trainer and coach for prominent NBA players like Carmelo Anthony—he’s also worked with James—and author of a new book, The Hoops Whisperer. “They’re not going to stop s–t. When you’re that good, nobody is going to stop LeBron but LeBron. It’s not any different from trying to ice kicker in the NFL.”

Popovich’s “icing LeBron” strategy, for the most part, worked. Until Game 7, that is, when James scored 37 points in Miami’s 95-88 win over San Antonio, giving the Heat back-to-back titles. With 27.9 seconds left in the game and the Heat up by two, James hit the game-deciding mid-range shot.

Still, by daring LeBron to settle for jumpers, San Antonio came as close as possible to neutralizing James and stealing the series. If it wasn’t for Ray Allen’s miracle game-tying three at the end of Game 6—a shot that came off a LeBron miss and Chris Bosh offensive rebound—the title was San Antonio’s. After the series was over, James all but admitted that the Spurs’ strategy was getting to him, and he had to give himself a pep talk to fight through his struggles.

“Two‑and‑a‑half games I watched film, and my mind started to work and I said, ‘OK, this is how they’re going to play me for the whole series,” James said then. “I looked at all my regular‑season stats, all my playoff stats, and I was one of the best mid-range shooters in the game. I shot a career high from the three‑point line. I just told myself why—don’t abandon what you’ve done all year. Don’t abandon now because they’re going under. Don’t force the paint. If it’s there, take it. If not, take the jumper.”

The Spurs-Heat rematch—catnip for any fan of great basketball—tips off Thursday night. One of the key questions of this year’s edition: Will Popovich play a similar game of chicken with LeBron’s outside shot? “It’s a pretty old school strategy, really,” says Hall of Famer Chris Mullin, one of the best perimeter shooters in basketball history. “You just want to throw him off a bit.”

But some new-school stats give Popovich ammo to try it again. During the regular season, James was a deadly three-point shooter from the corners: He shot an incredible 60% from the left-corner, and 52% from the right corner, according to NBA.com. But on shots in the 16-24-foot range, from straight-away and on the right side of the floor, James shot about 32%, below the league average. (On the left, he shot 36% closer to the foul line—comparable to the league average—and an above-average 46% as he got closer to the corner). In the playoffs, on “catch-and-shoot” field goal attempts from the outside, he’s shooting just 35% from two-point range, and 33.3% on three-point attempts.

Conversely, James is shooting 68.8% on drives to the hoop. Only one player in the rotation in this series has a higher playoff mark: Bosh, who is shooting 71.4% on drives. (This stat raises a whole other hoophead question: Why the heck does Bosh, who is 6-ft 11-in, settle for so many outside shots?)

So if Popovich wants to dare LeBron to fire away, go for it, we say. Not that it won’t backfire. Mullin recalls one prominent example. In January of 1990, while playing against Michael Jordan and the Bulls in Chicago, Warriors coach Don Nelson—a Hall of Famer known for his unusual tactics, like turning the 7-7 Manute Bol into a three-point shooter—told his players to let Jordan catch the ball at the three-point line, back way off him, and dare him to fire away. “He’s looking at us, like, ‘what, are you serious?'” Mullin says. The strategy made sense: In his first five seasons before that one, Jordan was pretty horrendous from downtown, shooting 20% on three-point attempts. “He figured it out a couple of minutes in, saw it as a challenge, starting launching threes and laughing at us,” Nelson, now retired, tells TIME from his home in Hawaii. (Popovich spent the 1992-93 and 1993-94 seasons as an assistant to Nelson with Golden State). Jordan hit seven of his twelve three-point attempts, and finished with 44 points in a 132-107 Chicago win. “Oh, I remember that game,” Nelson says, with a laugh. Beware poking the bear.

Mullin’s college coach at St. John’s, Lou Carnesecca, tried icing LSU’s “Pistol” Pete Maravich, the greatest scorer in college basketball history, during a December 1969 game at the Rainbow Classic in Hawaii. Years earlier, Carnesecca heard Clair Bee, one of the great early basketball innovators whose Long Island University teams finished undefeated in 1936 and 1939, say at a clinic that “the unorthodox thing can work well sometimes.” With that in mind, Carnesecca told Jim Smyth, who drew the unenviable assignment of guarding Maravich, to “turn your back and walk away” every time Maravich touched the ball. Flummoxed, Maravich finished the first half with 13 points—an encouraging total for most players, but below average for a guy who scored 44.2 points per game during his college career. An excited Carnesecca ran into the halftime locker room screaming “we got him!” But he decided to mix it up and go back to a conventional strategy in the second half, pressuring Maravich to force tougher shots. “That was the end of the great experiment,” Carnesecca, another hoops Hall of Famer, says today, cracking up at the memory. “The fucking guy got 53 on us.” St. John’s lost 80-70; Maravich’s 40 second-half points outscored the entire St. John’s team.

Despite Carnesecca’s Pistol Pete misstep, Mullin, now an adviser for the Sacramento Kings, thinks the key is mixing things up: playing LeBron tight on some possessions, giving him room on others. “The risk, for great scorers, is that the floodgates start opening up,” Mullin says. James may be more prepared for San Antonio’s strategy this time around, and disciplining himself to not over-think when he’s open. And to counter, Popovich might try something totally new.

So at the very least, these Finals promise a fascinating chess match, that will result in either a three-peat for the Heat, or a fifth title for San Antonio, cementing an all-time dynasty. 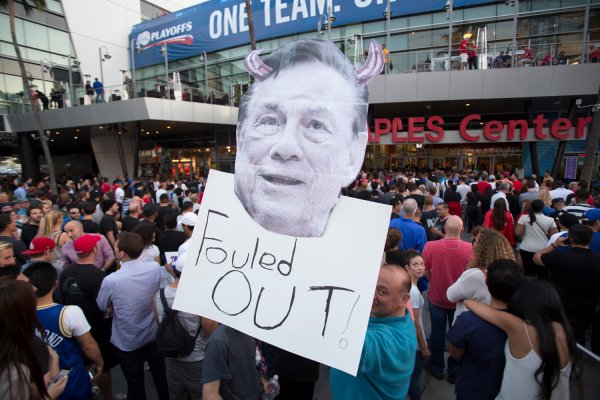