Back in the 1990s, I remember enjoying then-Microsoft-bigwig Alex St. John’s intelligent screeds (and occasional rants) back when DirectX was still this wild, unruly, nascent thing and assistive 3D cards in PCs from 3dfx and PowerVR and Rendition were wafting through the industry like ozone after a thunderstorm. He was bold and colorful and controversial and willing to get into public spats with rivals — perhaps most visibly Doom creator John Carmack, a longtime OpenGL evangelist — without apologies. Those were 3D’s halcyon days for early adopters like me.

I haven’t kept up with the guy in years, but he apparently maintains a blog, named after his old handle (“The Saint”), where he’s still doing his thing. Yesterday, he wrote a fascinating reaction piece to Apple’s surprise Metal reveal on Monday. Metal is to iOS as DirectX is to Windows, a way for Apple to get developers closer to the iPhone and iPad’s A7 processor, resulting (claims Apple) in dramatic performance increases. The tradeoff, of course, is that it’s proprietary.

Enter St. John, who delves into the political side of Metal’s raison d’être and what it says about the industry’s trajectory. I’ve tried to sum up his key points:

So is OpenGL really doomed? Even St. John backpedals on that one halfway in, admitting that DirectX and OpenGL could be “overhauled with time to look much more like Nvidia’s CUDA.” We’ll see.

(If you want a deeper primer on what Metal is and how low-level APIs work, Anandtech’s explainer is the best and most accessible I’ve seen.) 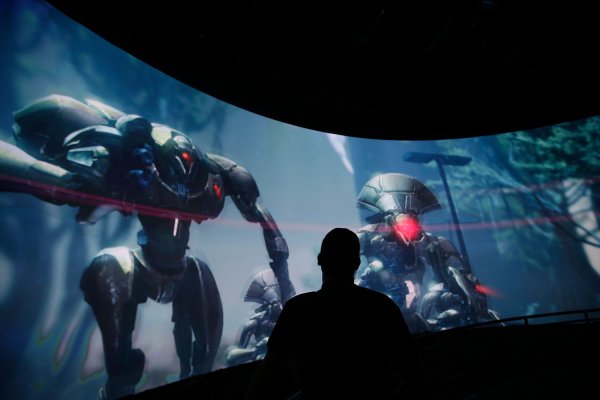