Well, it looks like bad news for summer sci-fi. Though the premiere of Jupiter Ascending was slated for July 18, the space-themed film has been delayed until February, 2015.

The film, which stars Mila Kunis and Channing Tatum, follows a cleaning woman (Kunis) who discovers that she’s actually the heir to the Earth and in need of protection from an alien warrior (Tatum). While the film was set to be a part of this summer’s series of big-budget films, Deadline reports that Warner Bros. postponed the premiere citing directors Andy and Lana Wachowski need for “more time to complete visual effects work on their CG-heavy space epic.”

Domestic distribution chief Dan Fellman confirmed the need for more time to Variety, saying, ”With the July release date, they were just not going to make it on time. A lot of the issue for us was getting it ready for the international release, since the foreign territories need additional time.”

The film was reportedly made for an astronomical $150 million and, judging from the trailers, a large portion of that budget has already gone into the special effects. 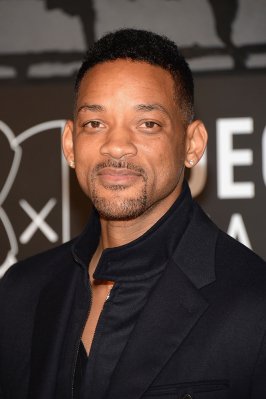 Will Smith May Star in NFL Concussions Movie
Next Up: Editor's Pick