Bryan Ellicott listens to a question at a news conference in front of State Supreme Court, June 3, 2014 in New York.
Mark Lennihan—AP
By Nolan Feeney

A transgender man is suing New York City, claiming he was “harassed and humiliated” after getting kicked out of a public pool’s men’s locker room last summer.

24-year-old Bryan Ellicott said he was asked to use the women’s changing room after the city’s Parks Department was notified of his presence, the Associated Press reports.

“No one deserves to be treated that way,” said Ellicott, an employee of New York City’s Office of Emergency Management, outside of the State Supreme Court building at a Tuesday press conference.

In papers filed Monday, Ellicot says he was discriminated against by three Parks Department staffers on the basis of his gender identity and asked the courts to rule that transgender people are protected in locker rooms and bathrooms under the city’s human rights law. He is also asking for unspecified damages.

“It may sound simple to just use the bathroom, but when you can’t, it makes your life awfully complicated,” said Michael Silverman of the Transgender Legal Defense and Education Fund, which is representing Ellicott.

New York City’s Law Department said it will respond on behalf of the Parks Department to the AP’s request for comment once it is served with the lawsuit and has a chance to review it. 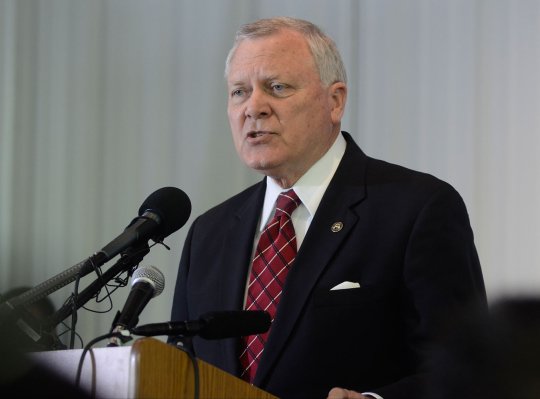