From Commoner to Queen: King's Future Royal Is Not the Only Cinderella

Princess Letizia Ortiz will become the first commoner queen in Spanish history when her husband, Prince Felipe, ascends to the throne of Spain in a few weeks.

Ortiz wasn’t born into royalty — she was a CNN journalist when she met her future husband. But the future Queen of Spain is just one of a number of commoners who married into royal families in recent years.

Yes, I’m talking about Kate Middleton. Prince William was hailed as a mold-breaker when he married the daughter of party-planning entrepreneurs. But did you know of Wallis Simpson?

In the 1930s, King Edward VIII of England fell in love with Simpson, who was not only an American, but a divorcée who had been married before. Edward eventually gave up the British throne to marry Simpson, and their romance was the backdrop for movies like The Kings Speech and the 2011 Madonna-directed drama W.E.

And what about the actress Grace Kelly, who would become Princess of Monaco? The award-winning actress met Prince Rainier at the Cannes Film Festival in 1955. They married a year later. Their love story is also living on the big screen in the Nicole Kidman-fronted biopic Grace of Monaco, which premiered at this year’s Cannes Festival.

Not enough? Watch the video above for more Cinderella stories. 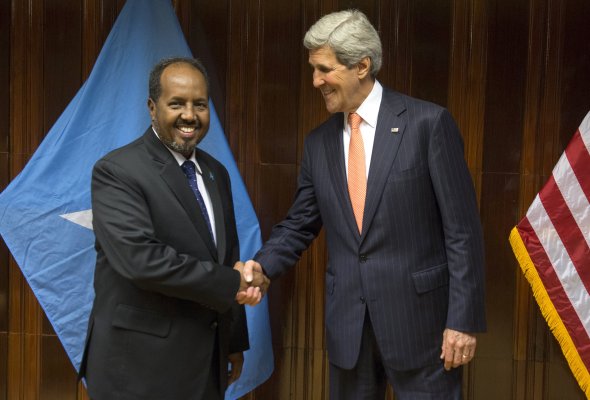 U.S. to Appoint First Somalia Envoy in Two Decades
Next Up: Editor's Pick