U.S. Will Appoint First Ambassador to Somalia in Over 20 Years

US Secretary of State John Kerry (R) and Somali President Hassan Sheikh Mohamud shake hands prior to a meeting at Addis Ababa Bole International Airport on May 3, 2014.
SAUL LOEB—AFP/Getty Images
By Dan Kedmey

The State Department announced that it will “soon” name an ambassador to Somalia for the first time in over 20 years as a sign of growing confidence in the fledgling government.

U.S. Under Secretary of State Wendy Sherman said in a Tuesday speech that the decision marks a sign of “faith that better times are ahead.”

Relations between Washington and Mogadishu have warmed since the 2012 presidential election of civil activist Hassan Sheikh Mohamud. The new president has attempted to build a governing coalition that might secure an end to the country’s civil strife, and U.S. diplomats have shuttled into and out of the region from neighboring Kenya.

“Somalis should know, if they choose to continue to come together, they will have enthusiastic and substantial international support,” Sherman said.

Sherman did not acknowledge immediate plans to open a U.S. embassy in Mogadishu, which is still subject to bombing attacks from al-Qaeda splinter group, al-Shabab. The embassy closed its doors in 1995 as civil war engulfed the country in violence and famine. 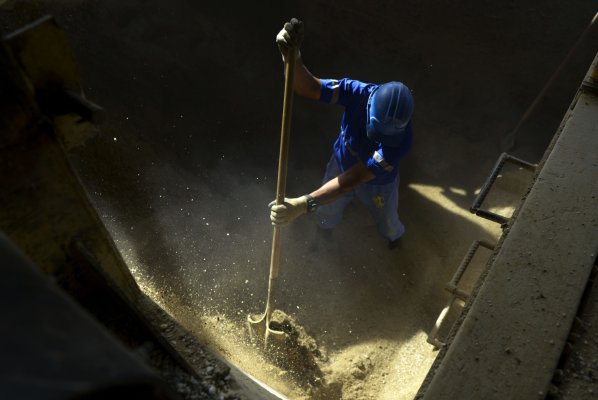 A Day in The Life of An Illegal Miner in Colombia
Next Up: Editor's Pick