How to Change Course in Central African Republic

A wounded man waits for assistance during a disarmament operation by French soldiers in Bangui, on December 9, 2013.
AFP—AFP/Getty Images
By Evan Cinq-Mars

Recent outrages in Bangui, the war-torn capital of the Central African Republic (C.A.R.), lay bare that the world is dangerously close to failing the country once again.

On March 25, three Muslim boys went to play an interfaith football match in the city. Before they could reach the stadium, they were caught by fighters from the anti-balaka, the predominantly Christian militia. The boys were murdered and mutilated on the street, their chests cut open, their hearts ripped out and their penises cut off.

Just three days later, armed Muslim youths retaliated by attacking a church sheltering thousands of displaced persons. They used grenades and sprayed gunfire into helpless crowds, killing at least 15 and wounding 30. In response to the attack, youth pillaged and vandalized one of Bangui’s last mosques. The fear that the anti-balaka and mobs of civilians will unleash their fury on the remaining Muslims of C.A.R., of which 80 percent have been forced to flee or have been killed, is palpable.

These gruesome attacks are part of a long-simmering socio-political crisis that has mobilized religious and ethnic communities against one another since December 2012. A cycle of tit-for-tat violence between the Séléka, the predominantly Muslim rebel alliance that overthrew the government of former President François Bozizé in March 2013, and the anti-balaka, which surfaced in force in response to Séléka exactions against non-Muslims in C.A.R., has been devastating for civilians. Thousands of other lives have been lost, and there may be countless untold atrocities.

Warnings of the inadequacy of the response have been ringing for months. The 2,000 French troops and 5,800 African Union (A.U.) peacekeepers on the ground have been unable to quell rising violence and stem atrocities in C.A.R. They are overstretched and under-resourced. The response to the church attack is telling: A.U. troops were called, but arrived too late. While a 600- to 800-strong European Union force is currently deploying to patrol the airport and surrounding districts in Bangui, this is simply not enough.

With violence increasing in Bangui and the interior of C.A.R., drastic action must be taken. First, protection on the ground must be enhanced. Sites sheltering displaced persons, particularly churches and the few remaining mosques, must be permanently protected. A.U. and French forces have a mandate to use “all necessary means” to protect civilians; they should not hesitate to do so and disarm and neutralize armed groups threatening civilians.

The U.N. Security Council has mandated the deployment of a 12,000-strong U.N. peacekeeping operation to respond to the situation. But troops and police will only start deploying on Sept. 15, 2014, and only through April 2015. C.A.R. civilians can’t wait that long. The Security Council should consider amending the mandate of the mission to get U.N. forces on the ground before September. The Security Council favored a flexible mandate for the mission that adapted to the realities on the ground; it’s time to demonstrate that flexibility in the name of protecting civilians.

The U.N. Secretary-General’s call for an additional 3,500 troops to bolster the A.U. and French troops must also be answered. Sizeable troop and police contributions from a few Western governments would have an immense impact on the ground. Additional African countries should also join the A.U. force, and the U.S. and E.U. countries should continue to assist them.

But troops alone will not be enough. The interim government is struggling immensely and needs urgent support from donors to revive it. Targeted investment in building the judicial capacities of the state and supporting local justice mechanisms is needed to help break the cycle of impunity. International experts should also be swiftly dispatched to C.A.R. to assist the government in its mediation and reconciliation efforts. Finally, only 31% of the U.N.’s appeal for humanitarian aid has been funded—donors must own up to their outstanding pledges as the impending rainy season adds further misery to C.A.R.’s displaced.

The world has a track record of failure in C.A.R. Unless we quickly change course, 20 years from now we’ll be lamenting the insufficient response to yet another preventable tragedy in the heart of Africa. Conscience demands we write a new script in C.A.R.

Evan Cinq-Mars works with the Global Centre for the Responsibility to Protect. 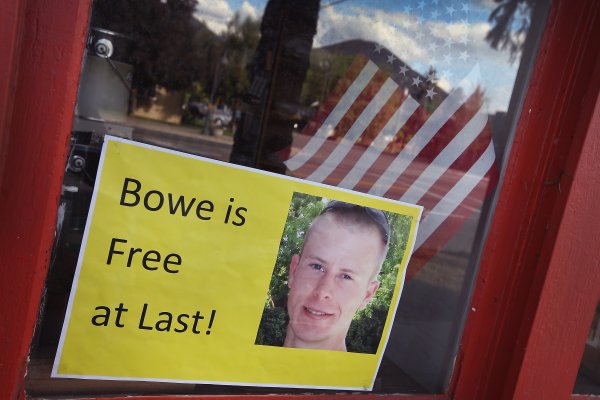 The U.S.-Afghanistan Prisoner Swap Doesn't Signal Peace on the Horizon
Next Up: Editor's Pick