VIDEO: Watch Charli XCX's The Fault In Our Stars Clip for "Boom Clap"

The Fault In Our Stars trailer has been taking over primetime television in advance of the highly-anticipated film’s release on June 6th — and soundtracking the clips of Shailene Woodley’s Hazel and Ansel Elgort’s Gus romance is an ebullient, emotional song that captures all the energy and ardor of young love. That song, “Boom Clap” by Charli XCX, nicely complements the heartstring-tugging story — and the new official video is likely to please fans eager for the film.

The clip plays like an extended preview, filled with more snapshots of Hazel’s and Gus’s love story. Filmed in Amsterdam, where much of the action in John Green’s bestselling book takes place, the video shows Charli exploring the same spots as featured in the film (ask your local tween for details) and then driving around in a disco-lit party bus for kicks.

The darkly peppy song should help Charli breakthrough as an artist in her own right. After second chairing on Iggy Azalea’s “Fancy” and last year’s summer hit by Icona Pop “I Love It,” she’s ready for it. 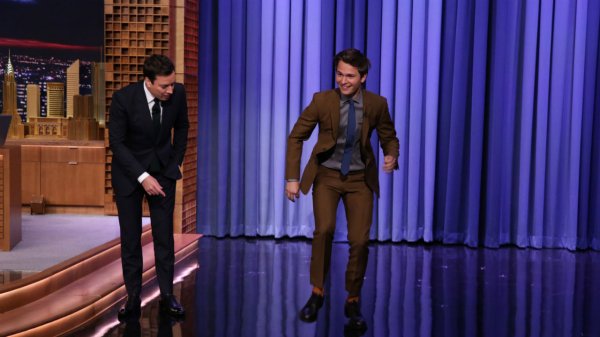 WATCH: Fault in Our Stars Actor Tap-Dances With Fallon
Next Up: Editor's Pick