These Are the World's Oldest Pants

Jeans may have been invented in 1873, but these trousers beat that date by a long shot. A pair of wool pants was recently discovered in a graveyard in western China’s Tarim Basin dating back to around 3,300 years ago. They’re the oldest pants archaeologists have ever found—though they look like they might fit in quite well at Anthropology.

The ancient pants were created for horse-riding, and it shows in the design. They feature straight fitting legs (no bell-bottom here) and a wide crotch with a sewn reinforcement, plus elegant bands of patterned decoration. Rather than the modern method of cutting down large pieces of fabric, the early pants were woven on a loom in precisely-sized segments to form the final garment, like nomad couture.

The find “supports the idea that trousers were invented for horse riding by mobile pastoralists,” University of Pennsylvania China expert Victor Mair tells Science News. So if pants were invented to ride horses in China 5,000 years ago, what excuse do we have for creating crop-tops? 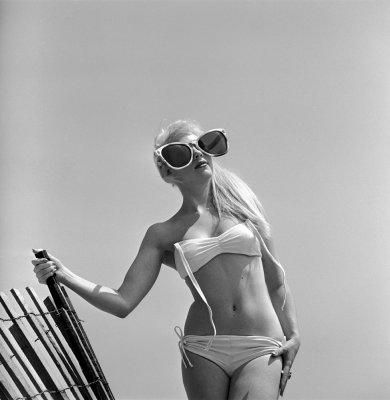 Two-Piece Be With You: In Praise of the Bikini
Next Up: Editor's Pick