With her bright, bold voice and easygoing charm, Miranda Lambert has a way of making everything sound simple: trucks can be fixed with spare parts and a little bit of elbow grease, respect can be earned by taking a stand and firing off a spunky retort, relationships can be healed over a few glasses of hard iced tea on a sunlit porch. She makes selling records look easy, too: starting with 2005’s Kerosene, each of the Texas firebrand’s first four studio albums have soared to No. 1 on the country charts, all eventually going platinum. (Her collaboration with Ashley Monroe and Angaleena Presley as country trio the Pistol Annies scored a chart-topping album with their debut, too, although their sophomore set Annie Up just missed the No. 1 spot.)

So platinum is more than a sales designation to Lambert: it’s also the color of her hair (that’s platinum blonde, of course) and the title of her new record, her fifth full-length. Platinum doesn’t reinvent the wheel in any sense, but it doubles down on the qualities that have helped Lambert become one of country’s most reliable stars: broad, plain-spoken feminism, rousing choruses that split the difference between archetypal country and contemporary pop-rock, and frank, funny, fully realized depictions of the protagonist at the heart of these songs.

Lambert flips between two chief modes of operation on Platinum: smart, strong meditations on women’s lives and problems, and wistful, wise reflection. Like an older sister offering practical advice to a younger sibling, she tackles image and body positivity with good humor (on the sassy, bouncing title track, and honky-tonk laugher “Gravity Is a Bitch”) and lyrical nuance (the moody “Bathroom Sink,” the only solo composition on the record). The raucous “Priscilla,” the title a reference to the former Mrs. Elvis Presley, is a playful but revealing nod to Lambert’s relationship with fellow superstar Blake Shelton; graceful, moonlit waltz “Holding on to You” represents the other side of the coin for the pairing, trading lyrical cheek for blue sincerity and a soft, smoky vocal take that’s one of the finest on the album. The sum of these varied takes on contemporary womanhood is a clear, detailed portrayal of Miranda Lambert, country queen: she’s fiercely independent but empathetic, romantic but unwilling to compromise her values, packing heat and heart in equal measure. It’s an array of qualities that many people wish they could see in themselves, and it makes the songs on Platinum click.

Lambert’s other main lyrical realm is relatively new terrain for her; having newly entered her 30s, she’s spending less time charging forward and more time looking back than ever. It’s the device driving Platinum’s still-sharp lead single, “Automatic,” which finds her yearning for a time when everyone was still “doin’ it all by hand,” and it crops up again several times throughout the album. (Of course, it’s funny to hear such a ringing endorsement of tradition couched within a thoroughly post-Taylor Swift piece of country-pop, but the harmonies are strong enough to slide the contradiction through.) “Babies Makin’ Babies” is a gently tut-tutting, maternal look at young couples accidentally falling into parenthood; hearing Lambert’s bright, chuckling twang, it seems unfathomable that under a decade ago, she could’ve been one of the song’s lead characters. Closer “Another Sunday in the South” is packed with the sort of detail and rich imagery that has to come from someone who’s lived hundreds of such days, roasting in wicked heat and singing along to old folk songs. (It’s one of eight songs on Platinum Lambert co-wrote.)

The best display of reflective lyricism on the album is also its finest musical moment: “Smokin’ and Drinkin’” a collaboration with country group Little Big Town, drifts by like wisps of the very smoke mentioned in the song’s title, thanks to an incredible vocal arrangement. Lambert’s voice, and the voices of Little Big Town, twist and overlap like faded memories from a blurry night around a campfire, and it’s this quality that makes the song’s bittersweet reminiscing feel earned; they know they can’t go back, and they know they shouldn’t, but the part of them that’s stuck in the past is almost impossible to deny. The song fades out on rich pedal steel and impeccably toned guitar, slipping away like experience does — a specific, beautifully rendered moment.

Even when Lambert misfires in a musical sense, her charisma and the sentiment behind her compositions somewhat papers over any errant sonic choices. “Little Red Wagon” and “Somethin’ Bad,” a duet with Carrie Underwood, are closely related: one’s a dusty, uptempo ramble with speedy shredding peppered throughout, the other’s a glammy stomp through some roadside dive. Neither are particularly compelling in terms of melody or arrangement, but they’re essential when it comes to fleshing out Lambert’s character and setting the lyrical tone: they’re both confident, unabashedly sexy, and tightly controlled.

With these songs, Lambert reinforces the principles underlying both Platinum and the rest of her career: feminine strength, force of personality, and command of the situation. Further commercial dominance is sure to follow. 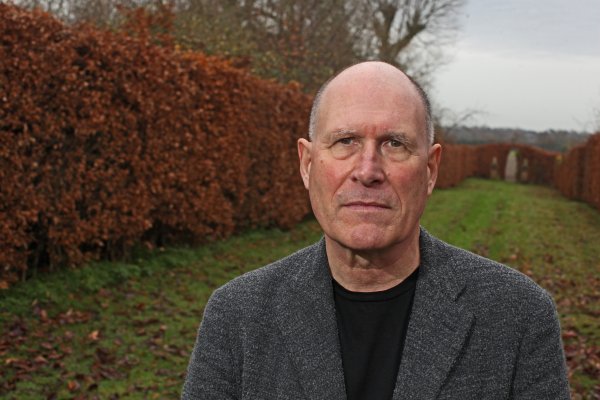