Welcome back to The Bachelorette. Tonight, the show is taking their sausage factory on the road. First stop? Connecticut, which is “very romantic” according to Andi, who has apparently never been anywhere else ever. On the plus side, Connecticut gets some A + marketing materials out of this appearance and someone in Hartford is undoubtedly re-writing their press releases to say “Come to Connecticut, as seen on The Bachelorette!”

First Date: Dylan, the floppy-haired sad-eyed accountant, finally gets some alone time with Andi so he can tell her his tragic tale. He wears pleated jeans for the occasion. As Dylan waits for his moment, the sad music of sadness plays as Andi interviews that her date with Dylan has been fine, but she hopes he can open up a bit. Well, her mouth says “open up,” but her slightly panicked eyes say, “I hope he chills out before his head explodes all over my borrowed leather jacket.” At dinner she tells him that she wants to see “the real Dylan” now, not later. So he cries as he tells her the deeply sad story that he told Farmer Dan yesterday: his sister overdosed and his brother followed soon after, which is extremely sad, but if this is weighing so heavily on your mind that you’re crying on a televised first date, why are you on a dating show? Go home and grieve. As Andi cries along with him, he tells her that he doesn’t want her to feel bad for him. She’s touched that he was willing to open up to her. She gives him a rose, because how could she not?

The Worst: The one thing no one should forgive The Bachelor franchise for is their use of transportation and extreme sports as metaphors for relationships. To wit, Andi announcing that she’s hoping the train ride with Dylan will help their relationship “pick up steam.” Must we? Really?

Group Date: The date card says, “You got game?” and Brian, the basketball coach, is very excited when it turns out they are going to play basketball. After all, the state’s marketing material says: “New England is the birthplace of basketball!” A few members of the WNBA come out to play for both marketing purposes (shout-out to the Chicago Sky!) and to scrimmage with the men. The athletes wear their uniforms, but Andi, who is contractually obligated to look hot at all times, wears a v-neck version and short shorts. To win the prize (a date with Andi, natch) the men don’t have to lose to the women, but have to play against each other. They face off 5-on-5, the Rosebuds versus the 5 of Hearts, who are wearing their hearts on their jerseys or something. Then we watch a basketball game and it’s tied at the half, but the Rosebuds destroy them thanks to Basketball Brian and Marquel. The winning team got dressed for a relatively chaste 5-on 1 date with Andi, while the sore losers stuffed themselves in their lockers.

The After Party: At the winners’ group date, Andi pulls Eric aside for a chat; she thinks their relationship “has stalled” since their first date. He agrees, and says that he doesn’t like the formality of the situation. She shrugs, because dating in weird situations is the crux of this show. She also thinks he’s holding back, so he settles in and tells her about how much he loves his family and about his Mormon upbringing and… just drink, because he’s charming and erudite and self-reflective and full of life and love. So: drink. Anyway, Basketball Brian sinks a half-court shot, but while he has game, he doesn’t have Game and doesn’t bother kissing the girl. Nick V. doesn’t have that problem, though, and they make out for awhile.

The Second Date: Andi hates heights, but agrees to repel down Mohegan Sun anyway. She has a full-on panic attack on the wind-swept, freezing cold roof, but manages to squeeze out a few metaphors like how it’s a “leap of faith” for their relationship. Marcus murbles about how he is scared, but is determined to be the “man in the relationship” and talks her down the side of the building, just like they would do everyday if they were married. They repel past the men in their hotel room and make out on the ropes. She’s proud of herself and proud of Marcus for “being protective,” which is a trait she is seeking in a mate. Over dinner, he opens up and she hands him a rose. She thinks he’s “flawless,” which seems like a good time to link to this.

The Cocktail Party: Before the shindig, Andi got a love note from a secret admirer and we got a historical reenactment of the anonymous scribe writing it. It was very A&E. Then she hits the cocktail party and tries to divine the sender, but no one confesses, so she gives up trying.

The Drama: Eric has had a realization. He thinks he has had been very open with Andi, but doesn’t think she has been open with him. He says that he came on this show “to meet a person, not a TV actress,” and apparently those are fighting words. He thinks she has a “poker face” on most of the time and that he isn’t seeing the real her. She starts crying, because apparently “poker face” means something extremely mean in her world, like he kicked a kitten and called her fugly, when he really just said she hid her emotions well, which really isn’t that bad. She defends herself against charges that she’s being fake and assures him that she is aware of the cameras everywhere, but is fully committed to the process. They agree that this isn’t going to work out and with a curt “Thank you for your time.” “Same.” Eric leaves the show. He interviews that he is disappointed, because despite their misunderstanding, he saw potential. Plus, “love leads to family and those two things together are what life is all about.” As you do a shot, think about this: Not to speak ill of the dead, but coming on The Bachelorette and expecting authenticity is patently ridiculous, or at least reveals a deep misunderstanding of the concept of reality television.

The Reality: Chris Harrison interrupts the regularly scheduled Rose Ceremony to talk about Eric Hill. As America just watched Eric’s final scene on the show, Chris deems the Rose Ceremony trite in light of the grandiose finality of death, which is true. He and Andi sit in a room and have a serious talk about Eric, the impact of his life on their lives and on the show and, ugh, just drink. Here are more thoughts on Eric Hill and The Bachelorette.

Who Went Home: Tasos, whose untimely departure and tear-filled farewell speech, will be left up to our imagination. We can only hope he gave her one of his diamond earrings Breakfast Club style.

MORE: Death and the Maiden: How The Bachelorette Is Handling the Death of Eric Hill 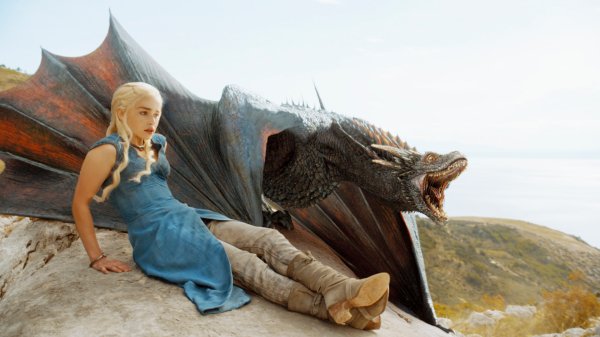