3 Ways to Lose Weight Without Dieting

No one needs to be told that if they eat less, they’ll probably weigh less. But if it were that simple, we wouldn’t be staring down a national crisis of overweight and obesity, and those at a healthy weight wouldn’t have a hard time tamping down temptation.

Researchers are building the case for unusual approaches to weight loss and while none of these strategies alone are a bull’s-eye, as anyone who’s tried a diet knows, every little bit helps.

It’s the latest buzzword in health and wellness because it’s an effective way to direct potentially negative behaviors toward more positive, healthy habits. In a review of 21 studies published in the International Association for the Study of Obesity that used mindfulness-based strategies, most showed that the techniques helped to curb binge eating, emotional eating and over-eating in response to outside cues. For weight purposes, it’s based on non-judgmental ways of analyzing why overweight and obese people eat—whether it’s because of stress or other negative emotions, or because you’re responding unconsciously to cues such as the sight or smell of food.

The mindfulness interventions included things such as figuring out the difference between actually feeling hungry and eating to satisfy emotional needs such as stress, anger or depression. The strategies also helped overweight and obese people to find other outlets, not involving food, for their negative feelings.

How you eat can also affect how much you eat, according to a recent study published in the American Journal of Clinical Nutrition. Scientists analyzed 22 studies in which participants were asked to eat either slowly or more quickly, and found that those who took longer to finish a meal tended to eat less than those who wolfed down their food. That’s not so surprising, but the more encouraging part of the study hinted that getting people to slow down may help them to feel full after eating less. People who changed their eating rate to eat more slowly did not report feeling more hungry up to 3.5 hours later. The researchers admit that most of the participants knew the study involved how eating rates affected hunger so the results might have been biased by their thinking that eating more slowly was better for reducing obesity, but the findings still hint that our bodies may process food differently depending on how quickly it comes in.

Nausea is a good way to make almost any food unappetizing but it’s not necessarily a healthy strategy for weight control. While a study in the International Journal of Obesity found that adding vinegar to milkshakes had the desired effect – the unpleasant taste was enough to quell any hunger people may have felt, and even made them nauseous – the researchers don’t see such deterrents as being an effective way to control eating, at least on a lasting basis. Studies show that negative reinforcement, such as depriving children of things they really want, like toys and treats, doesn’t help to reshape their behavior to like these things less.

Eating, as all of these studies show, is a complex combination of physical need and psychological reaction. Diets may address the physical part of what goes into the body, but any effective, and lasting weight loss program should address how that food is consumed, and why. 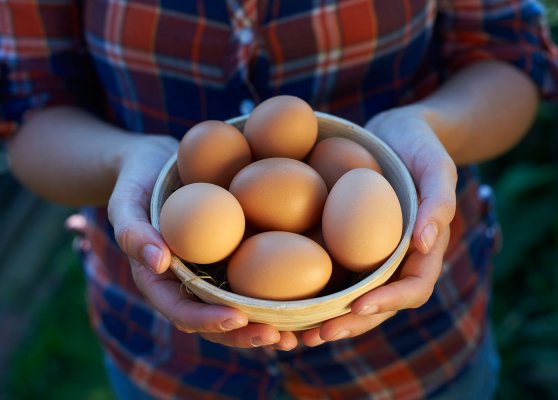 19 Foods You Should Always Have in Your Kitchen
Next Up: Editor's Pick