The Obama Administration announced a shift Monday in its approach to children who enter the U.S. illegally and without adult guardians, forming a new interagency group that will address the influx as a humanitarian crisis.

Department of Homeland Security Secretary Jeh Johnson and the administrator of the Federal Emergency Management Agency are leading the new effort, which will unify federal agencies’ efforts to deal with the situation that has arisen as a result of the sharp bump in minors crossing the United States’ southern border.

Administration officials said Monday that there has been a 90% increase in the number of undocumented immigrants under 18 entering the U.S., with more young girls and children under 13 entering the country than ever before. Because of this the administration wants to ensure that kids are quickly transferred from border control facilities to facilities operated by the Department of Health and Human Services that can better address their housing, educational, and medical needs.

“Children arriving are a particularly vulnerable group. Often they’ve survived a hazardous journey,” Mark Greenberg, the Assistant Secretary for the Administration for Children and Families at the Department of Health and Human Services, said on a conference call Monday.

Officials said about 1,000 undocumented children are being housed at a facility on the Lackland Air Force base in San Antonio, where Baptist Children’s Family Services has been contracted to look after them. Another facility will be opening soon in Ventura County, Calif., and is expected to be able to house about 600 children. The kids typically stay in the facilities for between 30 and 45 days.

The Obama Administration also requested an additional $1.4 billion to provide relief for unaccompanied immigrant children. Due to the increase in kids illegally crossing the border alone—expected to reach as high 60,000 this year—the government expects it will cost $2.28 billion to fund the programs that aid unaccompanied minors, the Associated Press reports.

The bulk of children crossing the border have fled violence and economic hardship in Central American countries including Mexico, Guatemala, and Honduras, and are looking to reunite with family members in the U.S. After entering the HHS-run facilities, officials help connect kids with family members or sponsors in the “least restrictive setting,” as required under law. Kids typically then continue the immigration process. Some are later sent back to the countries they fled, though an estimated 65% of unaccompanied minors remained in the U.S. between 2008 and 2010. 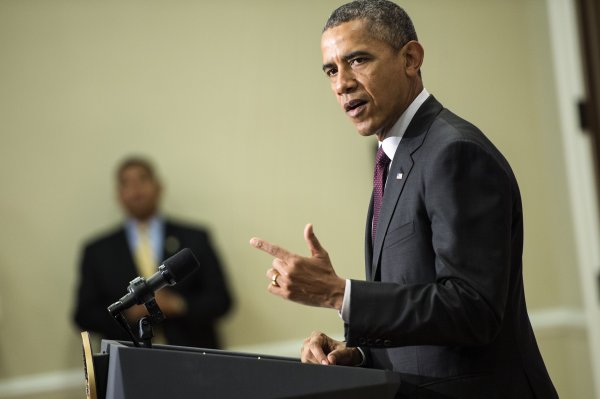 White House to Review Deportations
Next Up: Editor's Pick