Lupita Nyong’o, the Oscar-winning breakout actress from 12 Years of Slave, and Game of Thrones’ Gwendoline Christie have joined the cast of Star Wars: Episode VII, Lucasfilm announced on the Star Wars website Monday.

“I could not be more excited about Lupita and Gwendoline joining the cast of Episode VII,” Lucasfilm president Kathleen Kennedy said in a statement. “It’s thrilling to see this extraordinarily talented ensemble taking shape.”

Nyong’o has long been rumored to be joining the cast. Christie, in addition to starring as Brienne of Tarth in HBO’s Game of Thrones, will also star in the upcoming The Hunger Games: Mockingjay — Part 2. 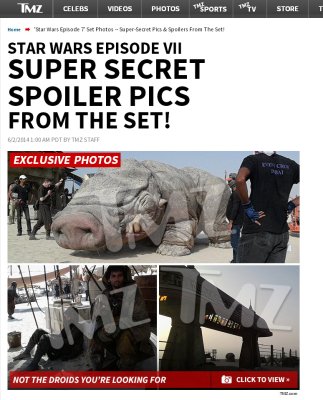 See the First Photos From the Set of Star Wars: Episode VII
Next Up: Editor's Pick