Bassem Youssef, the host of a canceled Egyptian satirical program often compared to Jon Stewart’s The Daily Show, says he will not try and continue El-Bernameg given Egypt’s political and media climate.

“The environment that we live in is not suitable for the show and I am tired and we are at the end of our tether,” Youssef said during a news conference Monday, Ahram Online reports. “To those who are happy the show stopped: I tell them that the stopping of El-Bernameg is a victory for us.”

The third season of the show was originally scheduled to return last Friday following a mandatory hiatus imposed during the country’s presidential election to prevent influencing the vote. The cancelation is the second one for the show, which was dropped from Egyptian satellite channel CBC last October before resuming in February on the Saudi channel MBC Misr.

Youssef said the team behind his show—which drew about 8.3 million viewers in Egypt, according to the polling agency Baseera—believes it’s better to call it quits than to carry on the program in another format or another country and risk harming its integrity.

Authorities accused Youssef in February of insulting the government and the people of Egypt, and prosecutors are reportedly considering 30 complains filed against the host since November. Prior to that, he faced a federal probe under former deposed President Mohammed Morsi over accusations of insulting the president and Islam. 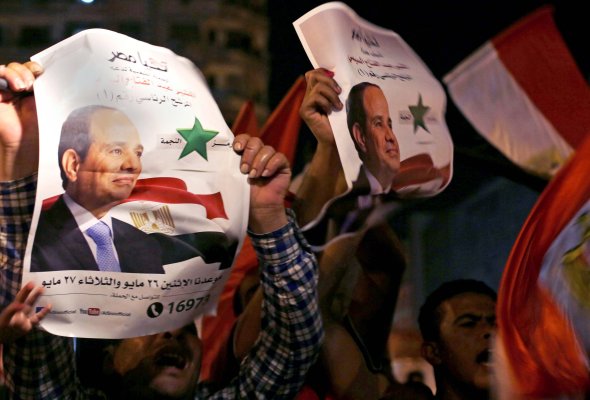