Last week I got an email from a parent at my daughter’s school that warned of an upcoming “field test” my kid and her classmates would be asked to take.

“Our third graders are scheduled for field testing in June,” she wrote. “Field testing is when Pearson ‘tries out’ new test questions by having a large group of students take a practice test.“

This was the first I had heard of field testing—as it was, judging from the replies, for many of the other parents on the group email. We were told that these were experimental tests that Pearson—a global, state-contracted test-maker—was administering to try out questions for future use. Since this came from a concerned fellow parent, we were also told we could opt out of the tests with no repercussions to our kids.

Testing is, obviously, a hot button issue. Earlier this month Louis C.K., the hottest comedian-dad in the country, repeatedly slammed standardized testing—specifically the Common Core—in a viral Twitter rant and subsequent appearance on the Late Show With David Letterman.

But field testing, it turns out, isn’t even officially part of the Common Core. These are extra tests. Tests that don’t count, tests that our kids are being asked to take in order to fine tune future tests. It’s free labor for the testing contractors, as several parents I talked to characterized it.

“This is time away from teaching and learning,” Janine Sopp told me. Sopp is part of a vocal group of parents called Change the Stakes, helping to spread information about the test and opt-out procedures. “It’s not a good use of her time. It’s not an accurate reflection of her knowledge. It’s certainly not a way to rate her teacher. It’s a huge waste of money and resources.”

I floated the idea of field testing to my daughter, who was incredibly stressed during her testing earlier this year. “Seriously? Another test?” she said. “I’d be really frustrated. Really mad.”

What’s astonishing here, though, is the lack of transparency. I emailed a spokesperson for Pearson, a massive education corporation, for clarification. “These field tests are actually New York State Education Department (NYSED) field tests, not Pearson field tests,” she replied via email. “All of the assessment questions (called items) being field tested are the sole property of New York State and are used by NYSED in New York. Pearson does not own the questions.”

And yet, a memo from the NYSED from March of this year said “The stand-alone New York State 2014 Grades 3–8 ELA and Mathematics Field Tests will be delivered to schools by Pearson the week before field testing.”

All of this is to say that parents are not being given a clear picture of what our kids are being used for. It’s incredibly frustrating. I approached a teacher at my daughter’s school. On the condition of anonymity, the teacher told me, succinctly: “It’s so dumb. It’s for Pearson to make money. Opt out.”

Opting out is a real option here, albeit not an option I had been told is available to us by any administrator at my daughter’s school. “There is no mandate for kids to take them, so the state, in its own surreptitious way by not telling parents, does not give them the notice they should,” Fred Smith, a retired administrative analyst with New York State’s board of education, tells me. Many of Smith’s 33 years in education were spent in test research and development. Field testing, he says, does not yield useful data.

“When you’re testing kids in June on tests that they know have no consequences to them, they’re obviously not motivated to perform well,” he told me. “Let’s face it, they’ve been battered up all year with tests and the data this approach generates are not going to be useful when they create future tests.”

Even my five-year-old has picked up on her older sister’s test stress. “Luckily I won’t have to do it for a long time,” she said.

So I called the school to opt her out of the test. Here’s the rub: She’s not even being given the darn test in question. It’s only being given to fifth-graders at her school. She’s in third. There’s so little information available—so much fear and loathing around testing—that, in the case of my kid’s class, we all got worked up over something we don’t even have to worry about for two more years.

At the very least we know we have the option to opt out when the time comes. Which we will. 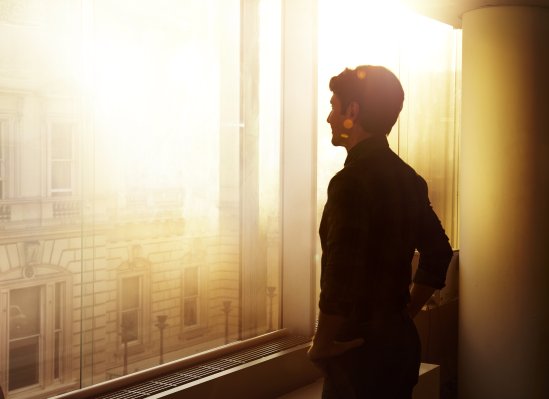 How Can I Figure Out What I Really Want to Do With My Life?
Next Up: Editor's Pick