This post contains spoilers for the episode of Game of Thrones “The Mountain and the Viper,” which aired June 1, 2014.

“Heads will roll” is one thing. “Heads will explode” is quite another.

Last night’s Game of Thrones episode, “The Mountain and the Viper,” made a resounding (and gruesome) case for the latter. We knew that Gregor Clegane, better known as The Mountain, was a strong guy — that’s why Cersei chose him to fight on behalf of the crown in Tyrion’s trial-by-combat show-down. Still, few viewers could have predicted that his duel with Oberyn Martell would end the way it did: with the Mountain, despite serious injuries, gouging out Oberyn’s eyes and then bare-handedly crushing his opponent’s head until it exploded.

So how strong would the Mountain have to be to make that possible?

Last year, when Star Trek Into Darkness raised a similar question, the folks over at Slate provided an answer, using data derived from research into the effectiveness of bike helmets, which had been reported in the Journal of Neurosurgery: Pediatrics. Here’s what they found:

Note that 520 pounds of force (about 2300 Newtons) isn’t the same as being able to lift 520 pounds, which we have no doubt the Mountain could easily swing. Force, you may remember from high-school physics, is mass times acceleration. (This sports-performance site has a decent layman’s explanation of why strength is not the same as force.) A variety of factors can influence how much force a person can exert. The average person (again per Slate) can exert a force of about 200 pounds, but weight, strength, angle and friction can all affect the outcome.

Where does that leave us with the Mountain?

In the book Game of Thrones, he’s described by George R.R. Martin as being nearly eight feet tall, “with massive shoulders and arms thick as the trucks of small trees.” Later, in A Storm of Swords, we learn that he weighs about 30 stone, which is 420 pounds. (Side note: though Martin says the Mountain is nearly all muscle, his BMI puts him in the range of obesity.)

So where does that leave us? There’s no way to calculate the exact answer, since we’re missing a lot of necessary data, but we can certainly guess. The Mountain weighs more than twice what the average man of today does, and he’s about two feet taller. He also has the advantage, within the context of the fight with the Viper, of not relying on muscle strength alone; he has the assistance of gravity and is leaning his entire upper-body weight on Oberyn Martell’s head. At the same time, he has the disadvantage of the fact that his arms are starting out still, so they don’t benefit from any major acceleration; acceleration is why a boxer’s fast-moving punch can generate a force of way more than the 520 required. Despite that, we’re going to say that yes, the Mountain probably could crush Oberyn Martell’s skull into smithereens using only his hands.

For the rest of us, there’s something a little more realistic, and less scary, to worry about: exploding head syndrome. It’s a real thing that definitely happens in the real world but, thankfully, doesn’t involve real exploding heads — it’s a sleep disorder in which the sufferer experiences the illusion of hearing a loud noise right before falling asleep. Sounds unpleasant, but still better than facing off with the Mountain. 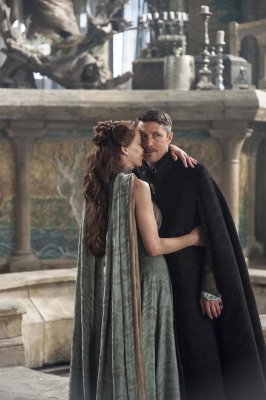 The Physics of the <i>Game of Thrones</i> "Moon Door"
Next Up: Editor's Pick