Look at him now, look at him now, he’s getting his (release) papers: R&B singer Chris Brown has been freed from a Los Angeles County jail, police said Monday.

Los Angeles Sheriff’s deputy Tony Moore said Brown was let out early Monday at 12:01 a.m. but did not provide any other information about Brown’s release, the Associated Press reports. Brown had been in police custody since mid-March, when he was arrested after getting kicked out of a court-ordered rehab stint for rule violations.

Last month, Superior Court Judge James R. Brandlin ordered Brown to stay in jail for an additional 131 days for violating his probation by getting into a fight outside of a Washington, D.C., hotel in October of 2013. Brandlin had previously sentenced Brown to a year in county jail but gave him almost eight months of credit for good behavior and time already served in rehab and jail. Brown was on probation for assaulting then-girlfriend Rihanna just before the Grammy Awards in 2009. 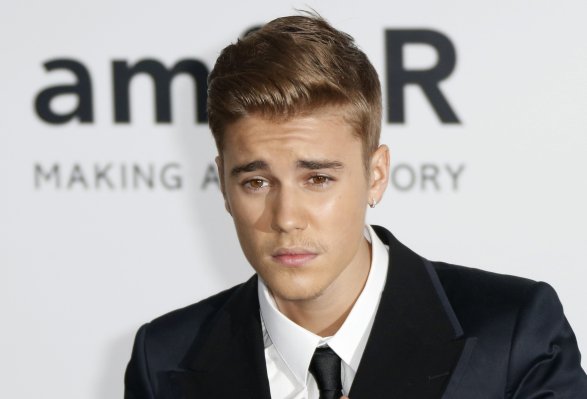 Justin Bieber Apologizes for Racist Joke In Old Tape
Next Up: Editor's Pick