“There’s no kind of killing that doesn’t have its own word.”

Game of Thrones is perhaps the most elaborate trick TV has ever created to get people to watch a show about talking while making them believe it’s a show about fighting. Yes, there is swordplay and spearplay, yes, there are dragons and occasional magic, yes, there are pyramids and castles with Moon doors, yes, there is sufficient violence that a man had an axe buried in his bald head and it was maybe, maybe the third grossest thing we saw tonight. Yet Game of Thrones is never more captivating than when it’s just one person talking to another person.

You would think that “The Mountain and the Viper” would be an exception. It was, after all, an episode that, as the title tipped us off, was built toward a duel, between Oberyn Martell and Gregor “The Mountain” Clegane. This time, the action would matter more than the talk. You would be wrong–but no more wrong than the assembled crowd in King’s Landing, who believe they’re gathered to see, not just a royal trial, but a battle royal–a clash between two legendary fighters, bantamweight vs. superheavyweight, speed vs. strength, Ali vs. Foreman. (Think of it as When We Were King’s Landing.)

Yes, the scene delivered, balletically. Director Alex Graves made news earlier this season with the muddled, controversial, looked-like-rape-but-apparently-it-wasn’t-supposed-to-or-was-it scene between Jaime and Cersei, but the duel was a thing of beauty, from Oberyn’s whirling-dervish entry to the building pathos of his rage, intercut with the reactions of the spectators that both traced the course of the fight and revealed their different interests in it.

Yet to Oberyn, on the fighting ground, the duel is only a means to an end. His words are not just venting or trash talk–they’re the point. He is, as gradually comes clear through the scene, not fighting in the trial by combat of Tyrion Lannister (as Tyrion realizes with growing horror). He is fighting the trial by combat of Gregor Clegane. His accusation becomes a one-two-three combination attack in itself, building rhythmically: “You raped her! You murdered her! You killed her children!” (I assume, by the way, that we have now exhausted every Oberyn-as-Inigo-Montoya joke that there is to make.)

Killing the Mountain would be nice, for him and for Tyrion, but it is secondary. I’m sure everyone in the audience, not unlike Tyrion, was thinking, “Shut up and finish him off!” But Oberyn is not simply, as they said in The Incredibles, “monologuing,” arrogantly blathering rather than finishing off his opponent. The words are the point. The point is that the killer Say. The. Words.

So, OK: words are not going to unsmash Oberyn’s pumpkin of a head. Nor are they going to keep Tyrion’s attached to his body. Oberyn lost, yet he won–he won the trial that he was staging, getting those words out of The Mountain–and publicly airing the ugly story of Tywin Lannister’s triumph–maybe the only way he could have.

So RIP, Oberyn Martell. “You’re a talker,” the Hound says to a Lannister soldier, dismissively, in the season’s first episode. But Game of Thrones loves talkers (the Hound not least among them)–it loves Arya sparring with Tywin, Littlefinger dancing with Varys, Olenna Tyrell holding forth with anyone. And even a physically thrilling episode like this one is finally memorable for its monologues and dialogues.

Immediately before the climactic battle, there’s a remarkable talk between Tyrion and Jaime, which ends up prefiguring the duel. The younger brother remembers their idiot cousin Orson, who was fascinated with crushing beetles. It becomes a mystery story–why does he do it? what does he get from it?–and then it becomes a story about young Tyrion and his need to understand what makes people tick. In his cousin’s face, he sees a language he can’t read, and yet there’s something there, if only he could translate. “I had to know.”

It’s a mystery that ends without a solution. Tyrion digs and digs and then one day a mule kicks Orson in the chest and it’s over. The lesson? Maybe none. Or maybe the lesson is that while intelligence and fluency can get you very far, sometimes the search for a lesson is doomed to fail. That the urge to crush is something beyond language, beyond reason, beyond the maester’s books. That you can have the nimblest mind, the quickest tongue, and a dancing spear to match. But sometimes it’s the hulk who likes to smash things who gets the last word.

* While we’re celebrating the great talkers of Westeros, let’s hear it for Lady Sansa Stark! Her performance before the lords of The Vale was one to do Littlefinger proud–not simply because of her successful lie but because, as he would himself, she dresses it in just enough of the turth to make it believable. (And, I assume, to scare the seven hells out of Baelish until she got to the end of her story.) I’m not sure I understand her aims here better than he does–though it does seem reasonable that the Eyrie, at least, is impregnable anything seems better than to risk being handed over to the Lannisters yet again. Or maybe she’s making it up as she goes along. But after so much time whimpering and being victimized, confidence looks good on her.

* “You are Ramsay Bolton.” So one lord in all of Westeros finally does right by his bastard–and it’s this jackass?

* Despite Jorah banishment, and a seemingly budding relationship between Missandei and Grey Worm, the major development from Meereen this week is giving us the phrase “the pillar and the stones,” which is my new favorite euphemism.

* So it turns out that burping “The Rains of Castamere” is no better an omen than having a string section playing them.

* As I said, this was an episode of well-written dialogue, and yet what probably said it all was Arya, finding that she showed up at the scene of one more ill-timed family death, laughing and laughing uncontrollably. Times like this, what else can you do? 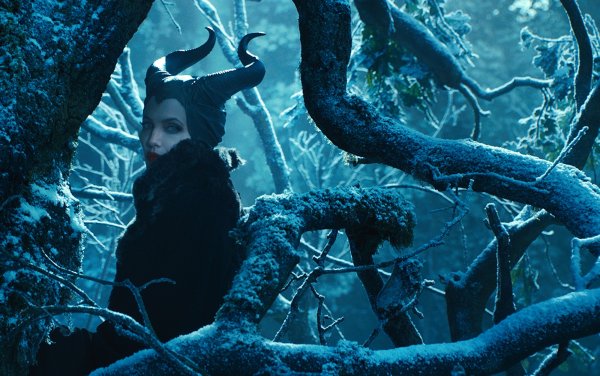 Maleficent Lords Over Weekend Box Office
Next Up: Editor's Pick