None Dare Call It Ransom

There are still 73,547 U.S. troops unaccounted for from World War II. Better technology has steadily reduced MIAs—down to 7,883 in Korea, and 1,642 in Vietnam.

In Afghanistan, there was only a single American soldier missing in action. The Taliban captured Sergeant Bowe Bergdahl nearly five years ago, and finally freed him Saturday.

That was the good news. The bad news is that the U.S. government agreed to release five top Taliban officials from the prison at Guantanamo Bay in exchange for Bergdahl’s freedom. The five will be held by Qatar for a year.

Was it a good deal?

Troops who served in Afghanistan and Iraq cheered the outcome, although they expressed concern that Bergdahl may have been snatched during an unauthorized absence from his post in southeast Afghanistan on June 30, 2009.

But, as might be expected, there is a lot of unalloyed joy. “As an active participant in door-to-door, close-quarters combat in Iraq, one of the things that brought me hope was the fact that I was valued enough by my country that I knew my nation would do everything within its power to bring me home if I was ever captured,” says Brock McNabb, who spent 28 months in Iraq as an Army medic with 1st Infantry Division, and now is an Air Force mental health officer. “Each soldier in the U.S. is a valued treasure, and we knew that if we were ever captured, our guys wouldn’t stop looking.”

Former soldier Alex Horton summed up the unconditional love soldiers have for those with whom they share war. “If I had been captured in Iraq, I’d hate to think about anyone risking their lives in an operation to get me back alive,” he says. “But I know it would happen because our ethos to never leave anyone behind is unconditional. There’s not a place in the world I wouldn’t go to bring back the men who served with me. That was true for combat, and it will be true for the rest of my life.”

But beyond human elation was caution. “Is it a good deal? Probably not,” says Ron Capps, who spent 25 years as an Army officer, including time in Afghanistan. “But it’s also probably the only deal we could make to bring an American soldier back home.”

The rules for prisoner swaps that are traditional during state-on-state conflicts don’t exist in messy wars like that in Afghanistan. “We are not dealing with a signatory of the Geneva Conventions, so this looks more like a swap of spies across the Gleinicke Bridge in Potsdam than a traditional exchange of POWs after a cessation of hostilities,” Capps adds, referring to the Cold War’s “Bridge of Spies” in Germany. Yet it does offer a glimmer of hope. “It does show us is that there are elements within the Taliban,” Capps says, “who can be trusted to carry out diplomatic tasks like this.”

But such swaps are murky affairs even when governed by the formal rules of war, which is how Defense Secretary Chuck Hagel explained it Sunday. “This was a prisoner-of-war exchange,” he said flatly (although whoever held Bergdahl didn’t adhere to international POW rules). “He was a prisoner.”

Some lawmakers fear that by showing the U.S. is willing to surrender top foes for an American, Washington has just made every U.S. soldier, Marine, sailor or airman in Afghanistan—or anywhere else—more vulnerable to capture. “The question going forward is, have we just put a price on other U.S. soldiers?” Senator Ted Cruz, R-Texas, asked Sunday on ABC’s This Week. “What does this tell terrorists? That if you capture a U.S. soldier, you can trade that soldier for five terrorists we’ve gone after? I mean, that’s a very dangerous precedent.”

Former Marine William Treseder acknowledged that the still-unanswered questions surrounding Bergdahl’s disappearance raise concerns. Some reports say he simply walked away from his post; others suggest he was snatched by the Taliban when he lagged behind while on a patrol. “If he was indeed off-base, or if his capture was his own fault in any direct way, then I don’t think I would have the same feelings as someone captured as part of some standard combat operation,” he says. “This would be survivor’s guilt on a whole new level.”

But speaking for himself, he adds, if Treseder fell into enemy hands through no fault of his own “then I would expect the Marine Corps—not necessarily the country—to figure out a way to get me back,” he says. “Even if it wasn’t authorized.”

Past and present military personnel are leery of the precedent the trade has created. “We’ll have to wait and see what the five Taliban leaders do,” former Army officer Capps says, “before we can judge the real cost.” 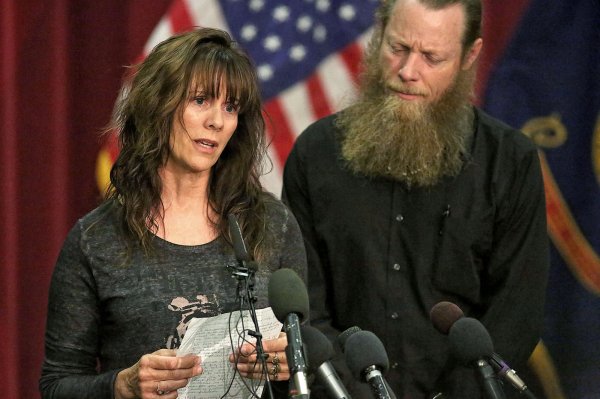 Bergdahl Parents Open Up About Son's Return
Next Up: Editor's Pick