As the remaining contestants in the National Scripps Spelling Bee dwindled down to two, the spelling bee judge announced the next word: “Milkshake.”

“Could you use it in a sentence please?” asked 14-year-0ld contestant Sriram Hathwar.

The judge responded with an unexpected answer: “Tabitha discovered that while her milkshake brought all the boys to the yard … oh boy, wrong sentence.”

Kelis came out with ‘Milkshake’ in 2003, so it’s possibly young Hathwar had no idea what the judge was talking about. He wasn’t too tripped up, though. Along with Ansun Sujoe, he went on to tie for the win of the Scripps National Spelling Bee for the first time in half a century. 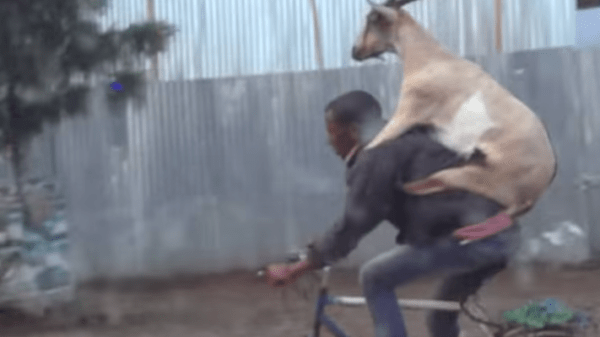 Well, Here's a Video of a Goat Riding a Man Riding a Bike
Next Up: Editor's Pick