A man who detonated a suicide truck bomb in Syria on Sunday was an American citizen, the Obama Administration confirmed Friday.

“I can confirm that this individual was a U.S. citizen involved in a suicide bombing in Syria,” State Department spokeswoman Jen Psaki told reporters.

Syrian rebels released a video earlier this week after an attack on a Syrian military checkpoint. In the video, they claimed one of the bombers involved was an American who fought under the nom-du-guerre Abu Huraya al-Amriki. (al-Amriki translates to “the American.”)

Rebel groups said the attack was carried out in coordination with the al-Nusra Front, a jihadist group affiliated with al-Qaeda.

CNN, citing unnamed U.S. officials, reports the man grew up in Florida. U.S. officials have expressed concern about the stream of foreign fighters flowing into Syria’s war, worried they will return to the U.S. both radicalized and dangerous. 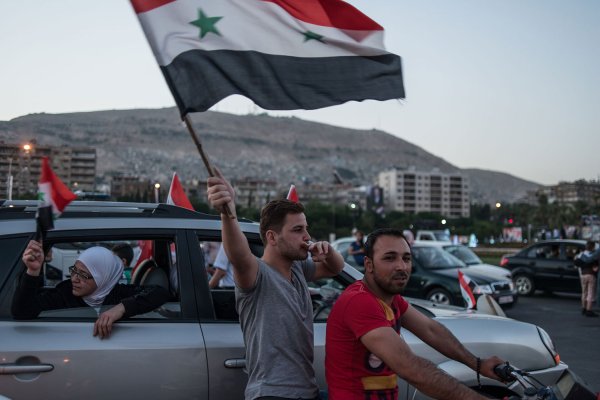 To Vote, Or Not To Vote? Syrians Ponder Their Choices
Next Up: Editor's Pick