This Is the Reason Going Into Abercrombie & Fitch Gives You Anxiety

You can tell you’re within 10-yards of a club Abercrombie & Fitch by the smell. The overwhelming scent of cologne billows past tourists lined up on the street outside, giving passers-by a distinct sense of déjà vu hearkening back to days of middle school locker rooms.

If the thought of the Abercrombie smell is putting you on edge, there’s a reason. HuffPost’s Kim Bhasin reports that the unsubtle scent may directly cause anxiety in customers.

New research from Concordia University suggests that while some ambient scents in stores can calm shoppers, others cause anxiety—particularly if they are reminiscent of enclosed spaces. Bianca Grohmann, co-author of the “spatial density and ambient scent” study, says that A&F is known for its darkness, loud background music, crowded sales floors and intense smell.

“In terms of Abercrombie & Fitch’s scent, it’s one of their colognes called Fierce and it is a very masculine and strong scent,” she told TIME. “Although we did not particularly test this particular scent, this kind of scent is actually directionally more associated with enclosed spaces.” And thus increases anxiety, upping the likelihood of wanting to get out as soon as possible.

Abercrombie is known for spritzing the cologne in stores throughout the day. A TIME staffer who used to work in a Florida store says that store managers told employees they even sprayed it in the air conditioning system.

Last week, the struggling retailer announced that it would be turning down the music, turning up the lights, and cutting its fragrance spritzes by 25%. Although according to Grohmann, that might not be enough if the store continues to use the same cologne.

“If the scent is associated with enclosed spaces toning down the intensity might not make the enclosed space feeling go away,” she said.

Although that might not be a turnoff to all consumers. Grohmann’s study had 180 participants ranging from 18 to 42. While the adults with bigger bank accounts might go running, teens may be unfazed by the high-octane shopping experience. But the smell was notorious enough that people held a protest to combat the cologne-infused Abercrombie air in 2010.

Abercrombie did not respond to questions about whether the cologne choice would change and instead directed us to CEO Mike Jeffries’ quote in a recent Bloomberg article: “Its customer is changing, and we’re ready to change with her and him.” 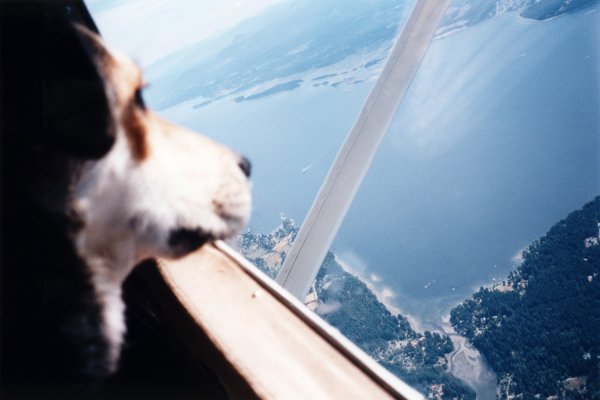 U.S. Airways Flight Makes Emergency Landing after Dog Poops in the Aisle
Next Up: Editor's Pick