Anti-Semitism: Not a Threat to American Jews

Anti-Semitism is not a threat to the security and well-being of the Jews of America.

This is not to deny the resurgence of anti-Semitism in Europe or the explosion of Jew hatred—often disguised as anti-Zionism—in much of the Muslim world. The reappearance of these murderous lunacies in certain regions of the world is a solemn reminder that anti-Semitism never disappears from the human heart.

Nonetheless, a little perspective is in order. The just-released study by the Anti-Defamation League on global anti-Semitism, which suggests that one-quarter of the world’s population is anti-Semitic, argues that 21 million Americans can reasonably be classified anti-Semites. This has caused much dismay among some American Jews. Twenty-one million may be fewer than 10% of all Americans, but it is still a very large number.

Nonetheless, I am counted among those who see no cause for alarm. It is important to remember that the ADL survey is an attempt to measure anti-Semitic attitudes, which are notoriously difficult to gauge; and it does so using methodologies that are much in dispute. What it does not do is measure anti-Semitic behaviors, which are a reasonably objective matter and the means by which Jews traditionally determine their progress in gaining full acceptance in America.

And by behavioral standards, it is difficult to see anti-Semitism as a factor of any consequence in American life. Jews in America are able to live in neighborhoods where they want to live, work in businesses where they want to work, and gain acceptance to any universities that they are qualified to attend. This was not always the case in this country; even in the post-World War II period, discrimination against Jews in all these realms was commonplace. But no more. For half a century, practical prejudice of this sort has essentially disappeared.

Of course, anti-Semitic remarks can still be heard in America today; and yes, there are occasional acts of vandalism against Jewish cemeteries and even, from time to time, a violent attack against a Jewish institution. But these are not the things that make anti-Semitism a real danger; it becomes truly ominous only when those in authority sanction anti-Semitism or choose to remain silent and look the other way. And that does not happen in America. Government officials and political leaders can be counted on to raise their voices in protest and activate the machinery of government to combat the forces of hate.

Why then do some American Jews obsess about anti-Semitism in the U.S. and exaggerate the vulnerability of their community? An important reason is that we live in the shadow of the Holocaust, which has colored our thinking in indelible ways, thereby enhancing the chronic insecurity characteristic of earlier generations. Another is our longstanding concern for Israel, still struggling for survival in an increasingly dangerous neighborhood. And yet another is the long list of trouble spots for Jews around the world: the grim situation of Jews in France, the emergence of anti-Semitic parties in Hungary and Greece, and the growing anti-Semitism of an Arab world that appears to hate Jews and Israel with equal fervor. Feeling both appalled by the goings-on abroad and unsure of how best to respond to them, American Jews are not always able to distinguish clearly between their condition here and Jewish realities in other places.

Yet there can be no excuse for seeing our situation as different from what it really is. And our reality, as American Jews, is that we are not a community under siege. Let us say it plainly: the anti-Semitism that is festering elsewhere poses no danger to us.

Rabbi Eric H. Yoffie, a writer and lecturer, was President of the Union for Reform Judaism from 1996 to 2012. His writings are collected at ericyoffie.com. 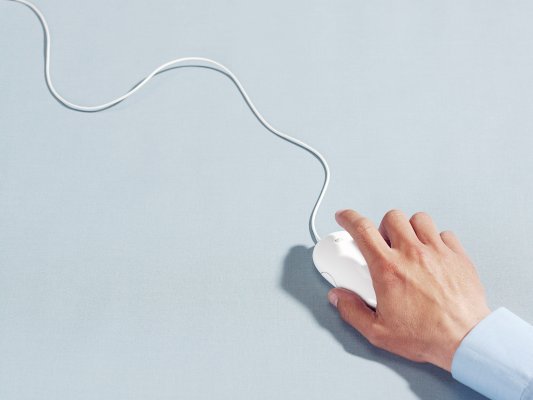 Work Smarter Not Harder: 17 Great Tips
Next Up: Editor's Pick