What McDonald's Really Owes Its Workers

At the McDonald’s annual shareholder meeting on May 22, CEO Don Thompson claimed that his company “has a heritage of providing job opportunities that lead to ‘real careers.'”

It’s true, former CEO Jim Skinner, who never graduated from college, joined the fast-food giant as a management trainee in 1971 and rose to the top spot in 2004.

But the McDonald’s of today does not seem like the same land of opportunity it must have been when Skinner got his start at the company.

You’d think time had stood still if you looked at the wages of Cherrie Velestine, 27, a 10-year veteran of the golden arches, who works in a North Charleston, S.C., restaurant. She started at McDonalds in 2004 at $7.35 an hour and despite putting in repeated requests for a raise, she has never received one in all the years she has worked there, she told me. Velestine is not the only fast-food worker with stagnant pay. A Demos report entitled “Fast Food Failure” found that fast-food “wages have increased just 0.3 percent in real dollars since 2000.”

Relying on workers like Velestine, from 2004 to 2013, McDonald’s has more than doubled its reported net income from $2.3 billion to $5.6 billion in its latest filing. If Velestine had received a pay boost at a percentage equal to McDonald’s rising net income, she’d be making $18.02 an hour right now and wouldn’t have had to travel to Chicago to ask for $15.

Velestine relies on food stamps and other family members’ help to survive and support her family. Although she has asked to work 40 hours a week, she only gets 28 – 29 hours, she told me.

McDonald’s CEO Don Thompson, an electrical engineer by training who was born in 1963 and fortunate to have a grandmother who helped him through college, earned $9.5 million last year, the restaurant chain reported, more than double his earnings just two years ago. “The average hourly wage of fast food employees is $9.09, or less than $19,000 per year for a full-time worker, though most fast food workers do not get full-time hours,” Demos found.

Thompson’s pay for just one day (based on 365 days a year) in 2013 was 1.4 times the average annual rate of a full-time fast-food worker. McDonald’s did not respond to a request for a comment on worker pay issues. “‘We believe we pay fair and competitive wages,” Thompson said at the company’s shareholders meeting.

The Demos study found that the accommodations and food services sector, on average, has experienced higher levels of pay disparity than any other sector in the U.S. economy from 2000 to 2012 — and the CEO-to-average-worker pay ratio is highest in fast-food, having grown 470% over that time period.

The SEC has not yet finalized the Dodd-Frank requirement for disclosure of CEO-to-median-worker pay, so it’s impossible to compare McDonald’s CEO pay to the median or average McDonald’s worker pay, said Catherine Ruetschlin, the Demos study author.

Velestine says a raise to $15 an hour would mean a lot to her. “It would mean they appreciate me, and it would help me provide for my family without other people’s help,” she told me. She is determined to get her due: “We will never quit fighting until we get $15. We’ll be back until we get what we want.”

A cashier and runner who also handles the drive-thru, Alvarez relies on government assistance and says $15 an hour would help her “provide a better future for her two-year-old son, a better place to live, with better schools.” Thompson no doubt knows the importance of such opportunities. “His grandmother, fearing growing gang activity … moved him to Indianapolis,” when he was 10 years old, the Chicago Tribune reported in 2012.

Alvarez and Velestine were both arrested at the protests on May 21, along with Dre Sinley, 24, who works part-time at a McDonald’s in the Tampa, Fla. area to supplement his full-time job at Arby’s and support his wife and five-year-old daughter. Sinley has an associate’s degree in criminal justice, but police jobs in Tampa are scarce. Despite working two jobs, his family must rely on food stamps. He had scholarships and grants to attend college, he says, but he also has student loans to pay off.

“Fifteen dollars an hour would allow me to provide for my family,” he says, “to not worry about paying the rent, buying clothes, or paying the electric bill. Today if the car breaks down, I can’t pay to fix it because I won’t be able to pay the other bills. There’s constant worry.”

Studies have shown that chronic, prolonged stress like the kind endured by the unemployed and low-wage earners leads to serious health problems and shortens lives. All three of the McDonald’s workers I talked to told me they do not receive company benefits like health insurance.

Despite Thompson’s assertion that the home of the Big Mac offers fair pay, some restaurant analysts consider the issue a major risk for the industry. In an April 15 note, Barclays predicted wages “will be top of mind as we look to 2015.” An April 9 note by Citi analysts suggests that win-win wage solutions may be possible: “several franchisees … have raised prices to offset [an] increase [in labor costs] with no noticeable consumer pushback.”

Looking at the broader economy, minutes from the Federal Reserve’s meeting at the end of April show “the share of workers employed part time for economic reasons moved up” and “slack in labor and product markets [are] anticipated to diminish slowly.”

On April 23, a Citi analyst report using data from marketing firm MWW, showed that McDonald’s holds a very prominent position in social media, as measured by both “total audience strength” and “engagement.” As we roll into summer, this could be a boon or a blessing depending on how McDonald’s chooses to respond to millennial workers like Velestine, Alvarez, and Sinley. If employees are willing to engage in civil disobedience at corporate headquarters, can disruptive social media campaigns be far behind?

Eleanor Bloxham is CEO of The Value Alliance and Corporate Governance Alliance (http://thevaluealliance.com), a board education and advisory firm. 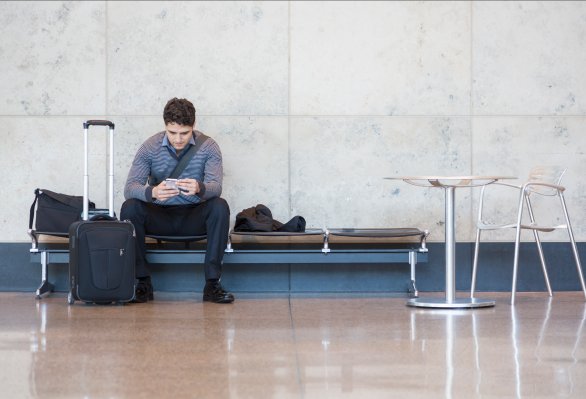 France Workers Get 'Right to Disconnect' From Work Email
Next Up: Editor's Pick