You Should Care Big Time About the Big Bang News

In the instant after the Big Bang, the universe expanded faster than the speed of light
Getty Images
By Jeffrey Kluger

Exactly why do you have to give a hoot about Monday’s landmark announcement that, in a single observation, physicists have given a big boost to the Big Bang? You don’t, actually. It will not change a single thing about your life, the life of anyone you care about or the state of the world. So in some respects, we’re done here.

But in other respects there’s a lot to love.

Science has, in some ways, always been measured by its payoff. Polio vaccine? Hundreds of thousands of children per year spared paralysis or death. Eradication of smallpox? Hundreds of millions of lives saved over the arc of time. The invention of the telegraph, the telephone, the airplane, the personal computer? World-changers.

But what about the invention of the telescope? It landed Galileo—he of the heliocentric heresy—in a world of hurt, as well it would have by the thinking of the time. Yes, he found the moons of Jupiter and rings of Saturn, but by showing other worlds in all their non-Earthly complexity, he also blew up the notion of cosmic specialness that had been at the center of our species’ overweening ego for so long. Later generations of telescopes gave us more information we could make no practical use of and that only served to shrink us further, revealing that we are crazily small organisms on a crazily small world and that, on a cosmic scale, our species’ entire time on the stage amounts to little more than the trillionths of a second it took the Higgs Boson to flash out of existence after its celebrated creation in 2012.

And what about that Boson? A couple of years ago we were all aflutter about it, so quick, what did we learn from it? Um, something about mass and particles and energy and blah, blah, blah Einstein (half of these discoveries end up with blah, blah Einstein).

But there was something about the boson that got to us, too. Even if you didn’t pay much attention, you knew that it involved a huge machine creating an unfathomably tiny particle, one that somehow reached all the way back to the Big Bang and helped explain something deeply fundamental. That something had to do with why there is matter in the universe at all. But even if you never got that far, you sensed—just sensed—that this was something that made us, the whole species, better, smarter, just faintly immortal, if only by having transcended our multiple limitations to figure out something very hard.

And so it is with Monday’s announcement, that gravitational waves which, yes, Einstein again, first posited 99 years ago, actually exist—and that they send ripples out across all of spacetime. That, in turn, confirmed that in the first billionth of a trillionth of a quadrillionth of a second after the Big Bang, the universe briefly expanded faster than the speed of light—a speed that’s supposed to be impossible, but in this exceptional case wasn’t. And while it would be nice to understand even more, even that little bit has to leave you feeling gobsmacked.

It’s that way with all thrilling things that make no sense: scaling Mount Everest, breaking the four-minute mile, landing the first man on the moon. Hell, back in 1962, we fiercely defended the greatness of the failed Ranger 4 mission after it crash-landed on the lunar surface but was unable to take even a single picture. Why? Because we had finally put metal on the moon—dead metal to be sure—but we had gotten there and that was enough for the moment.

It’s fine—and vital—to do science that changes lives. But it’s great to also do science that just gets you drunk on the idea that you’re doing it at all, that refracts the universe in a different way, that shows you yourself from the other side of the mirror. You are precisely the same person you were before you had that perspective—and you’re entirely different too. 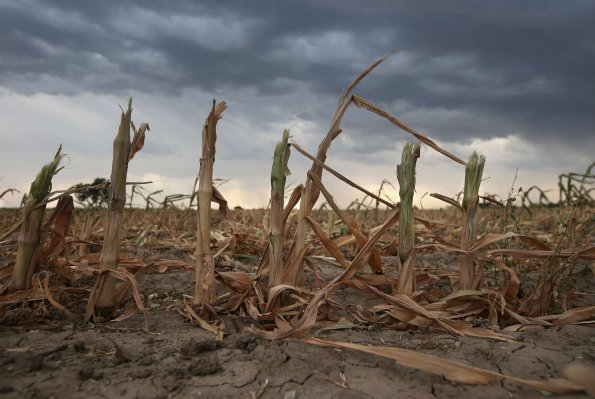 Climate Change Could Cause the Next Great Famine
Next Up: Editor's Pick