The WhatsApp application displayed on an in London on Feb. 20, 2014.
Chris Ratcliffe—Bloomberg/Getty Images
By Victor Luckerson

The CEO of WhatsApp spoke out today against what he calls “careless and inaccurate information” about how the company’s user data policies might change now that it’s been bought by the social media giant for $19 billion.

Jan Koum took to his company’s blog to reassure users of the messaging app that the company won’t start collecting additional customer data to feed Facebook’s massive advertising business. “You don’t have to give us your name and we don’t ask for your email address,” he wrote. “We don’t know your likes, what you search for on the internet or collect your GPS location. None of that data has ever been collected and stored by WhatsApp, and we really have no plans to change that.”

Koum insisted that the company would not have agreed to the Facebook buyout if it had to compromise its values, even though the two companies seem to come from different ends of the ideological spectrum. Facebook has become one of the largest Internet companies in the world by leveraging its users’ data, sometimes without their knowledge, in order to serve them well-targeted ads that companies pay a premium for. WhatsApp, meanwhile, is famously against using advertising to generate revenue. Koum himself published a manifesto against advertising in 2012, calling it an insult to people’s intelligence.

But Facebook CEO Mark Zuckerberg said after the deal was announced that Facebook has no plan to put ads on WhatsApp, and Koum’s post Monday seems to re-emphasize that point. “Our future partnership with Facebook will not compromise the vision that brought us to this point,” he wrote.

WhatsApp currently generates revenue by selling annual $0.99 subscriptions to its users. Zuckerberg has said that his primary goal in the near term is to scale the company from 450 million monthly users to 1 billion, rather than focusing on profits. 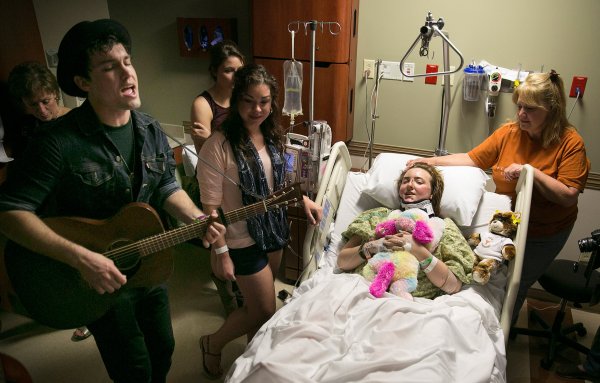