Barneys Is Counting on 17 Transgender Models for Its Spring Campaign

In a departure from its traditional spring marketing, luxury retailer Barneys is launching a campaign to raise awareness about transgender issues.

Barneys’ campaign, called “Brothers, Sisters, Sons & Daughters,” is the latest in a long history of trans-acceptance by the fashion industry. (A nice over-view appeared a couple of years ago by William Van Meter in the New York Times). In the early 1960’s, British Vogue featured a transsexual model April Ashley and in the latter part of the decade, Candy Darling was Andy Warhol’s transgender muse. Decades later, as transgender people began to emerge more fully in the public eye, “America’s Next Top Model” broke convention by casting a trans woman named Isis King in 2008 and a Brazilian transgender model, Lea T, appeared in a 2010 ad campaign for Givenchy.

Still, Barneys executives say they conceived of their campaign last spring to raise acceptance of trans individuals, which still lags far behind lesbians and gays who have won a string of victories across the country. There are an estimated 700,000 trans people living in the United States, according to the Williams Institute. That is a small number compared to the at least 8 million gay, lesbian, and bisexual adults in the US. In the US, transgender people are unemployed at double the rate for the general population—four times for trans people of color—and they are plagued by high rates of homelessness and suicide. In August, not too far from where Barney’s has its flagship, a man in Harlem allegedly angered by the discovery that a woman he’d hit on was transgender, killed her.

“While the lesbian, gay and bisexual community has made enormous strides in this country in this last five to ten years, it has always been glaring to me that the trans community has been left behind,” said Dennis Freedman, Barneys’ Creative Director. “It seemed an important time to do this.”

The campaign consists of photographs of 17 transgender people from varying countries and of different races, paired with their personal stories. Photographed by Bruce Weber, many of the models are pictured with a supportive family member; they’re dressed in brands such as Balenciaga, Derek Lam, and Yves Saint Laurent. The photographs will go to top clients and run as advertisements in the New York Times and Vanity Fair. A film about the models will appear on the store’s blog (where you can check out more of the photos and bios of the models here) and Barneys will donate ten percent of the sales from 11 flagship stores and Barneys.com on February 11th to the National Center for Transgender Equality and the LGBT Community Center in New York, two organizations that will also help implement a training program on transgender issues for Barneys’ employees.

One of the models, Sawyer Devuyst, a 28-year-old who makes and sells handmade furniture in Ft. Greene in Brooklyn, where he lives with his dog and partner of six years, says despite his privilege of being white and male, he has often felt unsafe. He felt compelled to start taking hormones—contrary to popular belief, not every trans person takes hormones and goes through sex reassignment surgery—after a man called him a “dickless lady” and chased him down the street in the West Village.

He has also seen what the constant stress and shame that comes from discrimination can do to people—at 28, he can name six trans people in his group of friends who have committed suicide. Devuyst hopes the campaign will make it easier to relate to trans people—a trans woman featured in Rolling Stone helped his Aunt understand that he was not alone—and regardless of the broader impact, the campaign has made a difference to him, he said. “Trans people live in shame and fear of themselves and their bodies, but to be recognized with dignity and respect, and on top of that, celebrated, was an amazing experience.” 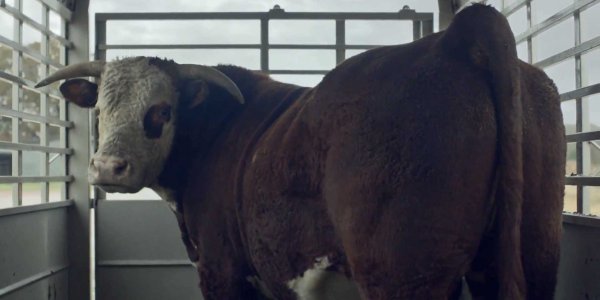 Chevy's Sexy Cow Ad May Gross You Out
Next Up: Editor's Pick