Nearly Half of America Lives Paycheck-to-Paycheck

The economic picture is looking brighter these days. The federal government announced Thursday that economic growth had picked up to its fastest pace in two years, while employment growth over the past five months has averaged a healthy 185,000 new jobs. But as evidenced by a report out Thursday from the Corporation for Enterprise Development, nearly half of Americans are living in a state of “persistent economic security,” that makes it “difficult to look beyond immediate needs and plan for a more secure future.”

In other words, too many of us are living paycheck to paycheck. The CFED calls these folks “liquid asset poor,” and its report finds that 44% of Americans are living with less than $5,887 in savings for a family of four. The plight of these folks is compounded by the fact that the recession ravaged many Americans’ credit scores to the point that now 56% percent of us have subprime credit. That means that if emergencies arise, many Americans are forced to resort to high-interest debt from credit cards or payday loans.

And this financial insecurity isn’t just affected the lower classes. According to the CFED, one-quarter of middle-class households also fall into the category of “liquid asset poor.” Geographically, most of the economically insecure are clustered in the South and West, with Georgia, Mississippi, Alabama, Nevada, and Arkansas being the states with the highest percentage of financially insecure. 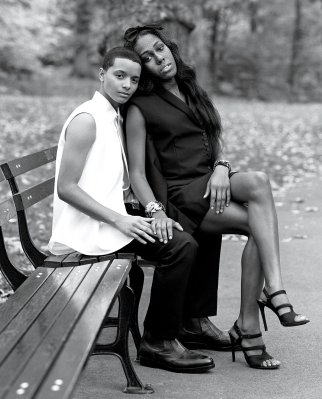 Barneys Is Counting on 17 Transgender Models for Its Spring Campaign
Next Up: Editor's Pick