The new, free network will mix game highlights, live streams of press conferences, originally produced content from the league and its 32 teams, behind-the-scenes locker room footage and content already being produced for the NFL cable network and NFL.com. Users will be able to tailor the stream of content to their interests, following their favorite teams and players. Voting content up or down will change the upcoming programming on the fly, similar to the way Pandora personalizes radio. The league claims that no two fans will have the exact same NFL Now channel.

“The NFL has always focused on reaching as many fans as possible, wherever they are and with the best possible content,” NFL Commissioner Roger Goodell said. “We believe it’s critical to innovate and provide fans new opportunities to engage with the NFL.”

The league is planning to put a lot of marketing muscle behind the new service, which launches this summer. NFL Now will be available for free on mobile phones through Apple’s iOS, Android and Windows beginning this summer, as well as on the NFL.com website. Partnerships with Yahoo, Microsoft and Verizon will also make the service available through Xbox One, Xbox 360, Yahoo’s sports section and Verizon’s NFL Mobile product. A series of Super Bowl commercials will introduce the service to a broad audience on Sunday.

The new network is the latest step by the league to assert control over its own content instead of merely licensing it to sports broadcasters like ESPN. The NFL Network, launched in 2003, is now available to most major cable subscribers and exclusively broadcasts a lineup of Thursday night NFL games. The league also runs NFL.com, which has its own production staff that creates articles, game highlight reels and live analysis segments. These properties allow the NFL to sell ads against its own content and forge lucrative sponsorships with companies.

It’s possible that NFL Now could evolve into a more direct competitor to sports networks if it live streams football games in the future. “We’re looking at all types of distribution,” said Vishal Shah, the NFL’s vice president of digital media business development. “Live games are certainly an option for us. It’s really figuring out the right distribution strategy on our end.” Shah says a subscription-based model could be an option later on.

Streaming rights to live sports are already negotiated separately from broadcast rights, which has caused a separate set of bidding wars from the ones that the television networks often engage in for sports content. Verizon, for instance, is reportedly paying $1 billion for the right to broadcast NFL games on smartphones for the next four seasons, a 40 percent increase in the price they paid in a previous contract. Building a thriving online network where games could be streamed could either allow the NFL to forego distribution middlemen or negotiate even higher rates with companies hungry for football.

The league has no immediate plans to leave broadcasters behind, though. “We want to make sure we support our rights holders and partners,” Shah said. “They’ve been very strong partners of the NFL for years.” Right now, those partners are fighting over a potential 1-year deal to air the Thursday night games currently being aired on the NFL Network. With its own media networks generating ad revenue as it still pulls in huge paydays from TV networks, it seems like the NFL’s pockets will only get fatter from here. 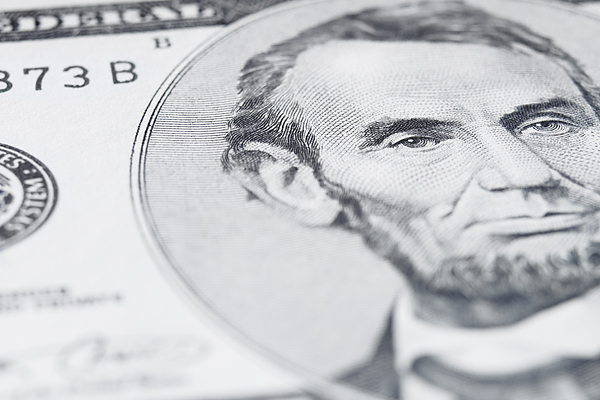 Nearly Half of America Lives Paycheck-to-Paycheck
Next Up: Editor's Pick